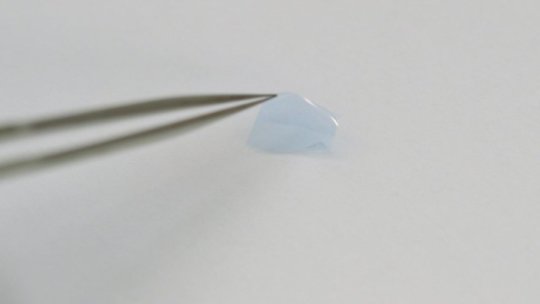 A multidisciplinary team at Washington University in St. Louis and the Air Force Research Laboratory (AFRL) at Wright-Patterson Air Force Base has developed a high-tech fix that utilizes metal nanostructures to increase the fluorescence intensity by 100 times in these diagnostic tests. It’s a cheap and easy solution to what’s previously been a vexing diagnostic problem.

“Using fluorescence for biodetection is very convenient and easy, but the problem is it’s not that sensitive, and that’s why researchers don’t want to rely on it,” said Srikanth Singamaneni, professor of mechanical engineering & material science at the School of Engineering & Applied Science.

As the team recently explained in the journal Light: Science and Applications, techniques to boost the signal — such as relying on enzyme-based amplification — require extra steps that prolong the overall operation time, as well as specialized and expensive read-out systems in some cases.

However, the “plasmonic patch” developed by Singamaneni and co-workers doesn’t require any change in testing protocol. The patch is a flexible piece of film about a centimeter square, embedded with nanomaterials. All a researcher or lab tech needs to do is prepare the sample in the usual method, apply the patch over the top, and then scan the sample as usual.

“It’s a thin layer of elastic, transparent material with gold nanorods or other plasmonic nanostructures absorbed on the top,” said Jingyi Luan, a graduate student in the Singamaneni Lab and primary author of the manuscript. “These nanostructures act as antennae: they concentrate light into a tiny volume around the molecules emitting fluorescence. The fluorescence is dramatic, making it easier to visualize. The patch can be imagined to be a magnifying glass for the light.”

Singamaneni said the newly developed patch is a cheap fix — costing only about a nickel per application — and one that contains not only research applications but also diagnostics. It could be particularly useful in a microarray, which enables simultaneous detection of tens to hundreds of analytes in a single experiment.

“The plasmonic patch will enable the detection of low abundance analytes in combination with conventional detection methodologies, which is the beauty of our approach,” said Rajesh Naik, chief scientist of AFRL’s 711th Human Performance Wing.

“It’s a last step, just like a Band-Aid,” Singamaneni said. “You apply it, and the dimness problem in these fluorescence-based detection methods is solved.”