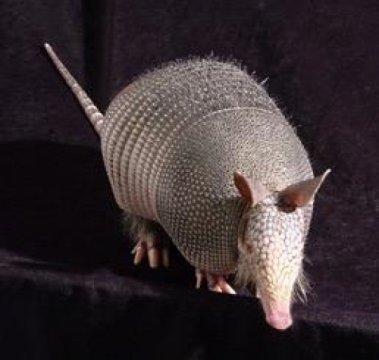 The bacteria that causes leprosy, a chronic disease that can lead to disfigurement and nerve damage, is known to be transmitted to humans from nine-banded armadillos. A new study in PLOS Neglected Tropical Diseases reports that 62% of the armadillos in the western part of Pará state in the Brazilian Amazon are positive for the leprosy bacteria.

Transmission of Mycobacterium leprae from armadillos to humans has been shown to occur in the southern United States. However these animals also live in the Brazilian Amazon, where some residents hunt and kill armadillos as a dietary source of protein. It has not previously been proved whether these animals act as a natural reservoir for leprosy transmission in Brazil.

In the new work, John Spencer, of Colorado State University, USA, and colleagues in Brazil conducted surveys of armadillos in Pará. Additionally, people living in the small town of Belterra were surveyed about the extent and frequency of their interactions with armadillos. Levels of leprosy antibodies were measured in the blood of these individuals.

DNA was extracted from the spleens of 16 armadillos captured by local hunters. 10 of the animals, or 62%, were infected with M. leprae. Of 146 people surveyed in Belterra, 7 patients were diagnosed with leprosy. In addition, 92 people — or 63% of the population — had positive levels of the leprosy antibody, suggesting exposure to the bacteria. Those who most frequently consumed armadillo meat had higher levels of the antibody than those who least frequently consumed the meat.

“Since armadillos occur at very high numbers in many rural areas in Brazil and the new case detection rate in humans has been considered hyperendemic in the Amazon region for a long time, it is extremely likely that the introduction of M. leprae in armadillos due to interactions with infected humans is not a recent event,” the researchers say.