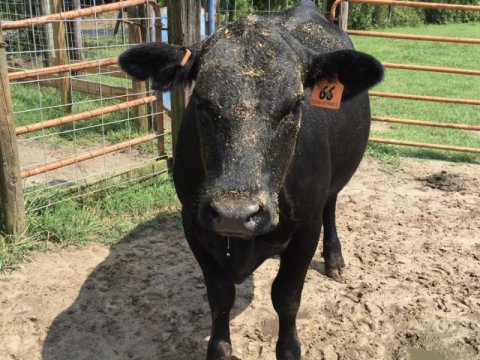 As demand for meat and dairy products increases across the world, much attention has landed on how livestock impact the environment, from land usage to greenhouse gas emissions.

Now researchers at Georgia Institute of Technology and the Centers for Disease Control and Prevention are highlighting another effect from animals raised for food and the humans who eat them: the waste they all leave behind.

In a paper published November 13 in Nature Sustainability, the research team put forth what they believe is the first global estimate of annual recoverable human and animal fecal biomass. In 2014, the most recent year with data, the number was 4.3 billion tons and growing, and waste from livestock outweighed that from humans five to one at the country level.

“Exposure to both human and animal waste represent a threat to public health, particularly in low-income areas of the world that may not have resources to implement the best management and sanitation practices,” said Joe Brown, an assistant professor in Georgia Tech’s School of Civil and Environmental Engineering. “But estimating the amount of recoverable feces in the world also highlights the enormous potential from a resource perspective.”

Metals, phosphorus, nitrogen and potassium are all among the resources that could be recovered from human and animal waste. The researchers pointed to an earlier analysis that estimated the value of recoverable metals alone reaches $13 million a year from the waste of one million people.

From 2003 to 2014, the amount of waste biomatter produced grew annually by more than 57 million tons as both human and livestock populations grew. The researchers estimated that by 2030, the total amount of global fecal biomass produced each year would reach at least five billion tons, with livestock waste outweighing that from humans six to one at the country level.

“This paper demonstrates that building more latrines in developing parts of the world isn’t going to solve all of our waste management problems,” Brown said. “Animal waste has the potential to negatively impact health in many of the same ways as with human waste, from spreading enteric infections to hurting growth and cognitive development of the humans exposed.”

While much of the attention on reducing disease transmission has focused through the decades on pathogens associated with human waste, much less attention has been given to animal waste, the researchers wrote, despite livestock accounting for 80 percent of the global fecal biomass generated.

“Ultimately, shining a light on the amount of waste that we produce is the first step toward shaping policies and regional planning geared toward maximizing public health and resource recovery,” Brown said. “This is an area where there’s a huge need for attention and investment — to help develop next-generation waste management innovations, for both large-scale and small-scale animal husbandry operations, that will enable us to maximize human health and meet the global demand for natural resources.”