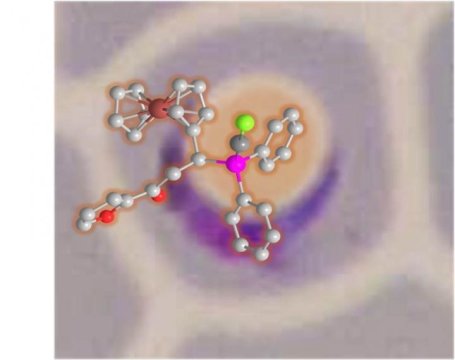 A team of researchers from the Singapore University of Technology and Design (SUTD) and Nanyang Technological University (NTU) have developed novel ferrocene-based molecules that impair the malaria parasite’s metabolic function leading to parasite death.

Despite concerted efforts for malaria elimination, this deadly disease remains a major health threat to the developing world. The causative agent known as Plasmodium is highly proactive in establishing and sustaining the infection in humans leading to complex clinical manifestations. Making the matter worse, Plasmodium is gaining resistance to almost all clinical antimalarial drugs available in the market, and there is a need to develop new and better antimalarials.

Towards this end, in a collaborative research study between SUTD and NTU, a panel of novel chemical compounds categorised as ferrocenyl phosphines was developed as potent antimalarial drugs. The NTU team led by Dr Sumod A. Pullarkat from School of Physical and Mathematical Sciences synthesised the small molecule inhibitors. The antimalarial testing and the mechanism of action studies were subsequently carried out at SUTD under the supervision of Assistant Professor Dr Rajesh Chandramohanadas.

From this study, the researchers identified several molecules that exhibited impressive antimalarial potency against standard laboratory as well as drug-resistant strains of human malaria parasites. The top inhibitory molecule, known as G3, is a gold complexed ferrocinyl phosphine derivative, which is potent against metabolically active trophozoite stages of the parasite. Treatment of malaria parasites with G3 demonstrated compromised digestive vacuole wherein the parasite degrades human hemoglobin to facilitate growth and proliferation towards sustained infection.

Dr Pullarkat stated: “From a chemist’s point of view, the step-by-step introduction of pharmacophores in a novel chemical framework permitted us the opportunity to systematically evaluate the function of each incorporated component in rendering antimalarial activity, across various stages of parasite development.”

Dr Chandramohanadas added: “It is intriguing to learn how chemically diverse small molecules interfere with hemoglobin metabolism, a hallmark of malaria infection. Furthermore, such studies allow us to understand the cellular level changes arising from drug treatment, some of which can be leveraged for prioritising novel antimalarials, in view of rapidly evolving drug resistance.”

Materials provided by Singapore University of Technology and Design. Note: Content may be edited for style and length.