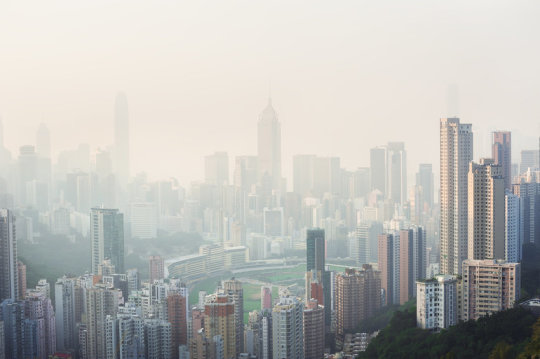 New research links outdoor air pollution — even at levels deemed safe — to an increased risk of diabetes globally, according to a study from Washington University School of Medicine in St. Louis and the Veterans Affairs (VA) St. Louis Health Care System.

The findings raise the possibility that reducing pollution may lead to a drop in diabetes cases in heavily polluted countries such as India and less polluted ones such as the United States.

Diabetes is one of the fastest growing diseases, affecting more than 420 million people worldwide and 30 million Americans. The main drivers of diabetes include eating an unhealthy diet, having a sedentary lifestyle, and obesity, but the new research indicates the extent to which outdoor air pollution plays a role.

“Our research shows a significant link between air pollution and diabetes globally,” said Ziyad Al-Aly, MD, the study’s senior author and an assistant professor of medicine at Washington University. “We found an increased risk, even at low levels of air pollution currently considered safe by the U.S. Environmental Protection Agency (EPA) and the World Health Organization (WHO). This is important because many industry lobbying groups argue that current levels are too stringent and should be relaxed. Evidence shows that current levels are still not sufficiently safe and need to be tightened.”

The findings are published June 29 in The Lancet Planetary Health.

While growing evidence has suggested a link between air pollution and diabetes, researchers have not attempted to quantify that burden until now. “Over the past two decades, there have been bits of research about diabetes and pollution,” Al-Aly said. “We wanted to thread together the pieces for a broader, more solid understanding.”

To evaluate outdoor air pollution, the researchers looked at particulate matter, airborne microscopic pieces of dust, dirt, smoke, soot and liquid droplets. Previous studies have found that such particles can enter the lungs and invade the bloodstream, contributing to major health conditions such as heart disease, stroke, cancer and kidney disease. In diabetes, pollution is thought to reduce insulin production and trigger inflammation, preventing the body from converting blood glucose into energy that the body needs to maintain health.

In the United States, the study attributed 150,000 new cases of diabetes per year to air pollution and 350,000 years of healthy life lost annually.

The Washington University team, in collaboration with scientists at the Veterans Affairs’ Clinical Epidemiology Center, examined the relationship between particulate matter and the risk of diabetes by first analyzing data from 1.7 million U.S. veterans who were followed for a median of 8.5 years. The veterans did not have histories of diabetes. The researchers linked that patient data with the EPA’s land-based air monitoring systems as well as space-borne satellites operated by the National Aeronautics and Space Administration (NASA). They used several statistical models and tested the validity against controls such as ambient air sodium concentrations, which have no link to diabetes, and lower limb fractures, which have no link to outdoor air pollution, as well as the risk of developing diabetes, which exhibited a strong link to air pollution. This exercise helped the researchers weed out spurious associations.

Then, they sifted through all research related to diabetes and outdoor air pollution and devised a model to evaluate diabetes risk across various pollution levels.

Finally, they analyzed data from the Global Burden of Disease study, which is conducted annually with contributions from researchers worldwide. The data helped to estimate annual cases of diabetes and healthy years of life lost due to pollution.

The researchers also found that the overall risk of pollution-related diabetes is tilted more toward lower-income countries such as India that lack the resources for environmental mitigation systems and clean-air policies. For instance, poverty-stricken countries facing a higher diabetes-pollution risk include Afghanistan, Papua New Guinea and Guyana, while richer countries such as France, Finland and Iceland experience a lower risk. The U.S. experiences a moderate risk of pollution-related diabetes.

In October 2017, The Lancet Commission on pollution and health published a report outlining knowledge gaps on pollution’s harmful health effects. One of its recommendations was to define and quantify the relationship between pollution and diabetes.

“The team in St. Louis is doing important research to firm up links between pollution and health conditions such as diabetes,” said commission member Philip J. Landrigan, MD, a pediatrician and epidemiologist who is the dean for global health at Mount Sinai School of Medicine in New York and chair of its Department of Preventive Medicine. “I believe their research will have a significant global impact.”