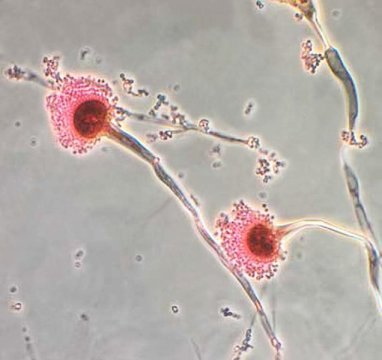 Life-threatening fungal infections affect more than two million people worldwide. Effective antifungal medications are very limited. Until now, one of the major challenges is that the fungal cell wall is poorly understood, which has impeded the development of effective antifungal medications that target the cell wall. However, an LSU chemist has identified for the first time the cell wall structure of one of the most prevalent and deadly fungi, which could usher in a new era of antifungal drug development to help save millions of lives.

LSU Department of Chemistry Assistant Professor Tuo Wang and colleagues have identified the high-resolution architecture of the cell wall of one of the most common fungi, Aspergillus fumigatus. Aspergillus fumigatus is airborne and can be found indoors and outdoors. In people with compromised immune systems, the fungi multiplies at an extraordinary rate. It affects more than 200,000 people annually including a quarter of all leukemia patients, and kills more than half of these patients.

“This is the first time anyone has looked at the whole cell of this fungi in its native state at such high resolution. Our work provides the molecular basis to engineer more effective antifungal drugs,” Wang said.

The scientists identified that Aspergillus fumigatus has a semi-waterproof core composed of two types of stiff sugar molecules that is bridged by some highly branched sugars and coated by a layer of a sugar-protein mixture that constantly moves and undulates. The scientists pinpointed this structure by analyzing the fungi through dynamic nuclear polarization solid-state nuclear magnetic resonance spectroscopy at the National High Magnetic Field Laboratory in Tallahassee, FL. This method provides an unprecedented sensitivity and resolution to view the packing of molecules in native cells, without perturbation.

Next, Wang and colleagues will test the efficacy of various antifungal drugs against Aspergillus fumigatus in his lab at LSU. Also, they are characterizing other fungi in collaboration with Professor of Pediatrics and Microbiology Ping Wang in the Department of Microbiology, Immunology and Parasitology at the LSU Health Sciences Center in New Orleans.

“I want to share the structure and characterization of underinvestigated complex carbohydrates because they are large, complex and difficult to understand. We are also establishing a method for rapidly screening the drug effects of various fatal fungi and guiding the development of better medicines,” said Wang at LSU.