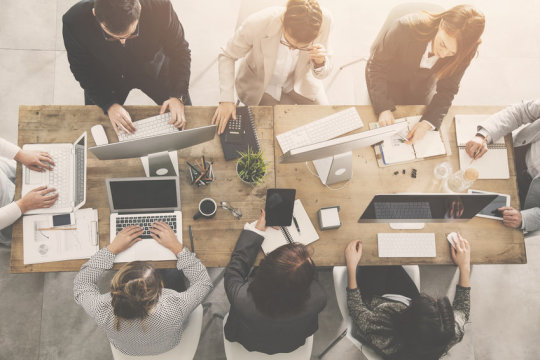 When they must act quickly, selfish people are likely to act more selfishly than usual, while pro-social people behave even more pro-socially, a new study found.

The results suggest that when people don’t have much time to make a decision, they go with what they’ve done in similar situations, said Ian Krajbich, co-author of the study and assistant professor of psychology and economics at The Ohio State University.

“People start off with a bias of whether it is best to be selfish or pro-social. If they are rushed, they’ll tend to go with that bias,” Krajbich said.

But when people have more time to decide, they are more likely to go against their bias as they evaluate the options in front of them, he said.

Krajbich conducted the study with Fadong Chen of Zhejiang University in China. Their results were published Sept. 3 in the journal Nature Communications.

The study involved 102 college students from the United States and Germany who played 200 rounds of a game that is often used in psychology and economics experiments. In each round, played on a computer, the participants chose between two ways of splitting up a real sum of money. Both choices favored the person playing the game, but one choice shared more of the money with the unseen partner.

“The participants had to decide whether to give up some of their own money to increase the other person’s payoff and reduce the inequality between them,” Krajbich said.

The key to this study is that participants didn’t always have the same amount of time to decide, Krajbich said.

In some cases, participants had to decide within two seconds how they would share their money as opposed to other cases, when they were forced to wait at least 10 seconds before deciding. And in additional scenarios, they were free to choose at their own pace, which was usually more than two seconds but less than 10.

The researchers used a model of the “normal” decisions to predict how a participant’s decisions would change under time pressure and time delay.

“We found that time pressure tends to magnify the predisposition that people already have, whether it is to be selfish or pro-social,” Krajbich said.

“Under time pressure, when you have very little time to decide, you’re going to lean more heavily than usual on your predisposition or bias of how to act.”

The situation was different when participants were forced to wait 10 seconds before deciding.

“People may still approach decisions with the expectation that they will act selfishly or pro-socially, depending on their predisposition. But now they have time to consider the numbers and can think of reasons to go against their bias,” he said.

“Maybe you’re predisposed to be selfish, but see that you only have to give up $1 and the other person is going to get $20. That may be enough to get you to act more pro-socially.”

“It really depends on where you’re starting, on how you’re predisposed to decide,” Krajbich said.

ABOUT US
Online version of the daily newspaper. Includes headlines, polls, articles, analysis, commentaries and weather updates.
Contact us: [email protected]
FOLLOW US
© Tunisiesoir.com
We use cookies to ensure that we give you the best experience on our website. If you continue to use this site we will assume that you are happy with it.Ok