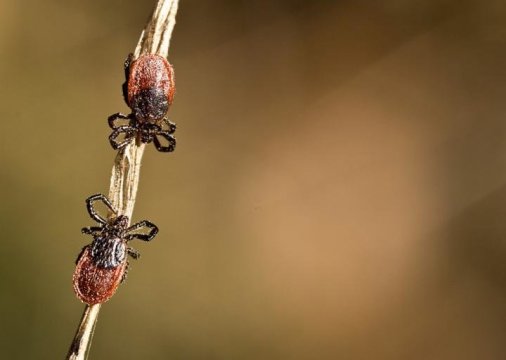 A bite from a disease-carrying tick can transmit a serious, potentially fatal infection, such as Lyme disease. But many ticks go unnoticed and unreported.

Now, with the help of citizen scientists, ecologists at Colorado State University and Northern Arizona University are offering better insight into people’s and animals’ potential exposure to tick-borne diseases — not just the disease reporting and prevalence tracking that only occur when people get sick.

The result is a study published in the open-access journal PLOS ONE. The team was funded by the Bay Area Lyme Foundation, a nonprofit organization dedicated to informing the public about Lyme disease and finding a cure. Foundation officials urge people to take tick bites seriously, since early detection is key to treating most conditions.

“Our study may be a new way of understanding exposure to tick-borne diseases,” explained Salkeld, a disease ecologist. “Normally the approach is to rely on reported disease cases, or to look at ticks in natural habitats. Our data represent that in-between, middle ground: It shows when people or animals got bitten, and where, and what they got exposed to.”

Salkeld and Nieto’s study examined over 16,000 ticks sent in by citizen scientists from 49 states (all but Alaska) and Puerto Rico. Nearly 90 percent of the ticks were reported to have been removed from either humans or dogs. The researchers tested for several bacteria, including those that cause Lyme disease and babesiosis. One of the pathogens they tested for, Borrelia miyamotoi, was discovered relatively recently, and is not typically tracked by public health officials.

In their data, the researchers found 83 counties, in 24 states, where ticks carrying disease-causing bacteria had never been previously documented. The scientists’ original goal was to collect about 2,000 ticks, and they expected most to come from California’s San Francisco Bay Area. The nationwide response to their experiment underscores the public’s intense interest in better understanding tick diseases.

“The overwhelming participation from residents throughout the country and the surprising number of counties impacted demonstrates that a great need exists throughout the country for this information,” said Nieto, who led the diagnostic testing of each tick received in the mail. “This study offers a unique and very valuable perspective, as it looks at risk to humans that goes beyond the physician-reported infection rates and involved ticks that were found on or near people.”

The researchers stress that citizen science data has limitations; some of their findings may be tied to human error, or lack of access to information. For example, the citizen scientists reported where they lived, and where the ticks were found, but not where they had traveled recently.

Tick scientists like Salkeld and Nieto can typically collect around 100 ticks for a localized study. Inviting citizen scientists to send in ticks opened up a whole new way of seeing how such ticks are distributed, and their activity patterns. Approaches like this could lead to new insights such as how diseases spread, and new human pathogens yet to be discovered.

“For example, we could start to look at what species of ticks are active, when, and where,” Salkeld said. “And how does this differ from across the north or south, or the Midwest to California? There could be all kinds of subtle variations.”

Materials provided by Colorado State University. Note: Content may be edited for style and length.