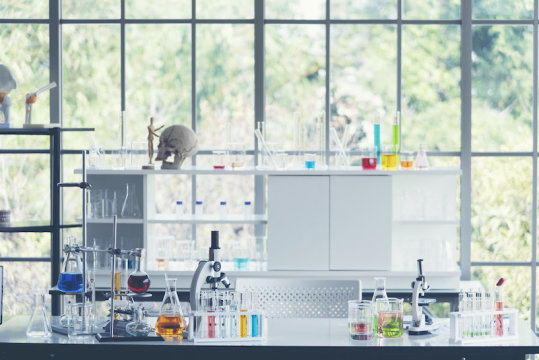 The famed quantum physicist Max Planck had an idiosyncratic view about what spurred scientific progress: death. That is, Planck thought, new concepts generally take hold after older scientists with entrenched ideas vanish from the discipline.

“A great scientific truth does not triumph by convincing its opponents and making them see the light, but rather because its opponents eventually die, and a new generation grows up that is familiar with it,” Planck once wrote.

Now a new study co-authored by MIT economist Pierre Azoulay, an expert on the dynamics of scientific research, concludes that Planck was right. In many areas of the life sciences, at least, the deaths of prominent researchers are often followed by a surge in highly cited research by newcomers to those fields.

Indeed, when star scientists die, their subfields see a subsequent 8.6 percent increase, on average, of articles by researchers who have not previously collaborated with those star scientists. Moreover, those papers published by the newcomers to these fields are much more likely to be influential and highly cited than other pieces of research.

“The conclusion of this paper is not that stars are bad,” says Azoulay, who has co-authored a new paper detailing the study’s findings. “It’s just that, once safely ensconsed at the top of their fields, maybe they tend to overstay their welcome.”

In this case, Azoulay, Graff Zivin, and Fons-Rosen studied what occurred after the unexpected deaths of 452 life scientists, who were still active in their disciplines. In addition to the 8.6 percent increase in papers by new entrants to those subfields, there was a 20.7 percent decrease in papers by the rather smaller number of scientists who had previously co-authored papers with the star scientists.

Overall, Azoulay notes, the study provides a window into the power structures of scientific disciplines. Even if well-established scientists are not intentionally blocking the work of researchers with alternate ideas, a group of tightly connected colleagues may wield considerable influence over journals and grant awards. In those cases, “it’s going to be harder for those outsiders to make a mark on the domain,” Azoulay notes.

“The fact that if you’re successful, you get to set the intellectual agenda of your field, that is part of the incentive system of science, and people do extraordinary positive things in the hope of getting to that position,” Azoulay notes. “It’s just that, once they get there, over time, maybe they tend to discount ‘foreign’ ideas too quickly and for too long.”

Thus what the researchers call “Planck’s Principle” serves as an unexpected — and tragic — mechanism for diversifying bioscience research.

The researchers note that in referencing Planck, they are extending his ideas to a slightly different setting than the one he himself was describing. In his writing, Planck was discussing the birth of quantum physics — the kind of epochal, paradigm-setting shift that rarely occurs in science. The current study, Azoulay notes, examines what happens in everyday “normal science,” in the phrase of philosopher Thomas Kuhn.

The process of bringing new ideas into science, and then hanging on to them, is only to be expected in many areas of research, according to Azoulay. Today’s seemingly stodgy research veterans were once themselves innovators facing an old guard.

“They had to hoist themselves atop the field in the first place, when presumably they were [fighting] the same thing,” Azoulay says. “It’s the circle of life.”

Or, in this case, the circle of life science.

The research received support from the National Science Foundation, the Spanish Ministry of Economy and Competitiveness, and the Severo Ochoa Programme for Centres of Excellence in R&D.