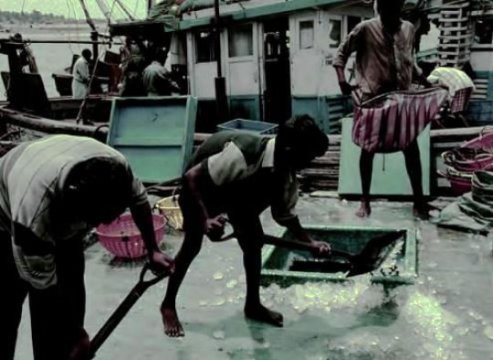 Labour abuses, including modern slavery, are ‘hidden subsidies’ that allow distant-water fishing fleets to remain profitable and promote overfishing, new research from the University of Western Australia and the Sea Around Us initiative at the University of British Columbia has found.

By combining fisheries data from the Sea Around Us initiative at UBC with country-level data on modern slavery, the researchers found that countries whose fleets rely heavily on government subsidies, fish far away from home ports, and fail to comprehensively report their actual catch, tend to fish beyond sustainable limits and are at higher risk of labour abuses.

“Crews on vessels from China, Taiwan, Thailand, South Korea and Russia are particularly at high risk because of a lack of regulatory oversight in those countries combined with the complexities of jurisdiction at sea. This makes it easier to force people to work excessively long hours, often under appalling conditions, to extract as much fish as possible in exchange for a low — or zero — pay,” said David Tickler, lead author of the study from the University of Western Australia.

With global marine fish catches declining at a rate of 1.2 million tonnes per year since the mid-1990s, the only way many industrial countries’ fleets have been able to remain ‘profitable’ is by receiving government subsidies. However, labour costs can typically only be lowered by reducing worker pay and conditions.

“The lack of control over these boats makes them a fertile ground for labour abuses, as well as other crimes including illegal fishing. It also facilitates transshipment, where catches of multiple fishing vessels are often combined before landing. Thus, seafood caught illegally or under conditions of modern slavery is laundered by mixing it with legally caught fish before it enters the supply chain,” said Daniel Pauly, co-author of the study and the principal investigator of the Sea Around Us initiative at the UBC’s Institute for the Oceans and Fisheries.

This is how ‘low slavery risk’ markets, such as the US, the EU and Australia, end up consuming seafood that may have been caught by modern slaves.

“While domestically the average slavery risk in the United States is low, the U.S. accounts for about 14 per cent of global seafood imports and those imports have a slavery risk 17 times higher than fish caught by U.S. fleets domestically,” said co-author Dirk Zeller, leader of the Sea Around Us — Indian Ocean initiative at UWA.

Once imported seafood is combined in local markets with U.S.-fleet caught fish, “the seafood available to domestic consumers in the U.S. becomes eight times more likely to have been produced or processed with modern slavery. This makes the choice about both sustainability and social justice very difficult,” said Jessica Meeuwig, Director of the Marine Futures Lab at UWA and co-author of the study.

In the wake of these findings, the researchers call for a strengthening of national laws so that both the environmental and the social elements of sustainability in seafood supply chains can be audited in a transparent manner. “This would place increased responsibility on the large seafood corporations that can often best influence supplier behaviour and who, maybe without even knowing it, are currently profiting from modern slavery,” said Fiona David, director of research for the Walk Free Foundation, the architects of the Global Slavery Index.