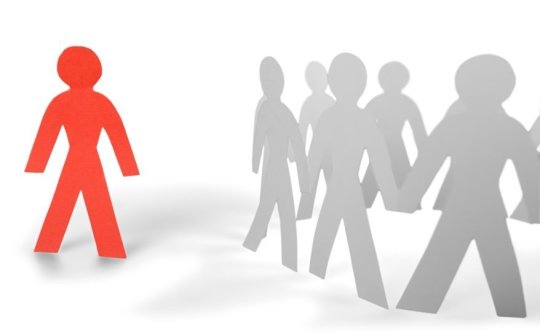 The way people view the social exclusion of others varies — depending on how much they think the excluded person is to blame. However, this is heavily influenced by how similar the group members are to each other, as a research team from the University of Basel writes in the Journal of Personality and Social Psychology.

Most people have experienced ostracism, whether in school, at work, or among family or friends, as the person being excluded or as an observer. Even uninvolved observers often don’t remain dispassionate when it comes to ostracism: when a group ostracizes someone out of unkindness or selfish motives, others usually view it very negatively as unfair.

However, outsiders may also judge ostracism to be justified, for example when the person being excluded has previously behaved very inappropriately or caused unrest within the group. Making this kind of moral judgment correctly is often difficult, as onlookers lack the necessary background information.

A research team from the University of Basel led by the psychologist Dr Selma Rudert has now conducted five studies to examine what evidence people are influenced by in such judgment situations. The hypothesis was that similarity within the observed group is particularly important for the onlookers. The number of participants in each of the studies ranged from 30 to 527.

Pushed out due to differences

The researchers showed the participants various situations of ostracism, including a fictitious chatroom discussion in which three students discussed a presentation. The somewhat stubborn ideas and suggestions from one of the students in the discussion were regularly ignored by the other two. When the ostracized person was “different” to the other two — for example, of a different skin color or from a different country — onlookers judged the exclusion to be unjust. They were annoyed at the two students and assessed them as bad collaborators.

However, when the group members were more similar — such as all from the same country — the onlookers’ viewpoint changed: in this case, they assessed the excluded person negatively, placed the blame for the ostracism on him/her and wanted nothing to do with him/her.

The research team also found that similarity influences social judgment even when it is only a superficial similarity, such as the excluded person having a different hairstyle. This suggests that people tend to unconsciously incorporate the similarity of the observed group into their moral judgment.

“These studies are important for topics such as bullying and ostracism in schools or workplaces,” says Rudert. When people are too heavily influenced by superficial indicators and ignore actual information, it can quickly lead to misjudgments with serious consequences. If unfairly excluded people receive no support from others, their isolation will increase. “Ideally,” says Rudert, “you should always try to understand the whole history behind an ostracism situation before coming to a quick judgment.”