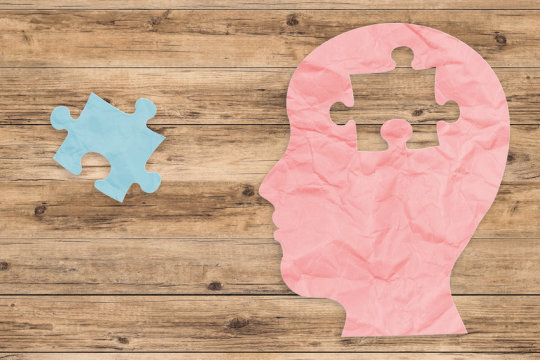 Headline issues, from immigration to sexual assault, are causing significant stress among members of Generation Z — those between ages 15 and 21 — with mass shootings topping the list of stressful current events, according to the American Psychological Association’s report Stress in America™: Generation Z released today.

Despite these concerns, Gen Z adults who are 18 to 21 years old are the generation least likely to vote in the 2018 midterm elections, the report found.

Specifically, 75 percent of Gen Z members said that mass shootings are a significant source of stress, according to the survey, which was conducted online by The Harris Poll on behalf of APA in July and August 2018 among 3,458 adults and 300 15- to17-year-olds.

Gen Z members are also more stressed than adults overall about other issues in the news, such as the separation and deportation of immigrant and migrant families (57 percent of Gen Z vs. 45 percent of all adults reported the issue is a significant source of stress) and sexual harassment and assault reports (53 percent vs. 39 percent). Despite this, just more than half of Gen Z adults, between ages 18 and 21, (54 percent) said they intend to vote in the U.S. midterm elections, compared with 70 percent of adults overall.

America’s youngest generation is also significantly more likely (27 percent) than other generations, including Millennials (15 percent) and Gen Xers (13 percent), to report their mental health as fair or poor, the survey found. They are also more likely (37 percent), along with Millennials (35 percent), to report they have received treatment or therapy from a mental health professional, compared with 26 percent of Gen Xers, 22 percent of baby boomers and 15 percent of older adults.

“Current events are clearly stressful for everyone in the country, but young people are really feeling the impact of issues in the news, particularly those issues that may feel beyond their control,” said Arthur C. Evans Jr., PhD, APA’s chief executive officer. “At the same time, the high percentage of Gen Z reporting fair or poor mental health could be an indicator that they are more aware of and accepting of mental health issues. Their openness to mental health topics represents an opportunity to start discussions about managing their stress, no matter the cause.”

More than nine in 10 Gen Z adults (91 percent) said they have experienced at least one physical or emotional symptom because of stress, such as feeling depressed or sad (58 percent) or lacking interest, motivation or energy (55 percent). Only half of all Gen Zs feel like they do enough to manage their stress.

Money and work continued to top the list of significant stressors tracked annually by the Stress in America survey for adults overall. Nearly two-thirds of adults (64 percent) reported money and work each to be a stressor. A new question added this year asking about additional sources of stress revealed that for more than three in 10 Gen Zs, personal debt (33 percent) and housing instability (31 percent) were a significant source of stress, while nearly three in 10 (28 percent) cited hunger or getting enough to eat.

One notable finding was a potential increased tolerance for stress across all generations. The average perceived healthy level of stress increased significantly over the past year, from 3.7 in 2017 to 3.9 in 2018 (on a scale from 1 to 10, where “1” is “little or no stress” and “10” is “a great deal of stress”).

Americans Increasingly Stressed about the Future of the Nation

More than six in 10 Americans (62 percent) reported that the current political climate is a significant stressor, and more than two-thirds (69 percent) reported that the nation’s future causes them stress. This was a significant increase from those who said the same in 2017 (63 percent). Most Americans (61 percent) also disagreed that the country is on a path to being stronger than ever. Because of their concern for the state of the nation, nearly half of Americans (45 percent) said they feel more compelled to volunteer or support causes they value.

To read the full Stress in America report or to download graphics, visit http://www.stressinamerica.org.