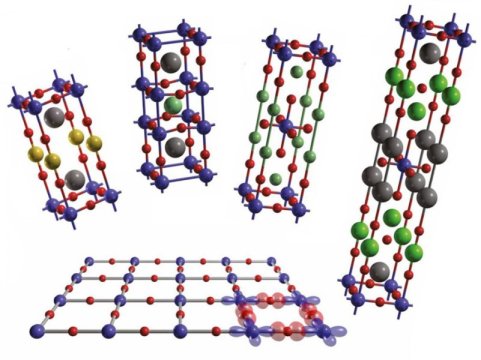 Every standard cable, every wire, every electronic device has some electric resistance. There are, however, superconducting materials with the ability to conduct electrical current with a resistance of exactly zero — at least at very low temperatures. Finding a material which behaves as a superconductor at room temperature would be a scientific breakthrough of incredible conceptual and technological importance. It could lead to a wide range of new applications, from levitating trains to new imaging technologies for medicine.

The search for high-temperature superconductors is extremely difficult, because many of the quantum effects related to superconductivity are not yet well understood. Professor Neven Bariši, professor for solid state physics at TU Wien (Vienna) is performing experiments with cuprates, a class of materials which behave as a superconductor at record temperatures as high as 140K at ambient pressure. Bariši and his colleagues have now come up with a remarkable set of results and new insights that could profoundly change the way we think about these complex materials and high-temperature superconductivity in general.

The Quest for the Holy Grail

“The phenomenon of high-temperature superconductivity has been thoroughly investigated for decades, but nobody has cracked the problem yet,” says Neven Bariši. “Quite a few materials show superconducting behaviour at temperatures close to absolute zero, and we understand why this happens in some of them. But the real challenge is to understand superconductivity in cuprates, where this states persists at much higher temperatures. A material which behaves as a superconductor at room temperature would be the Holy Grail of solid state physics — and we are getting closer and closer.”

Bariši and his colleagues have shown that there are two fundamentally different kinds of charge carriers in cuprates, and suggested that superconductivity crucially depends on the subtle interplay between them.

“We have performed many different experiments with cuprates, collecting large amounts of data. And finally, we can now propose a comprehensive phenomenological picture for superconductivity in cuprates,” says Neven Barisic. He has recently published his findings in several journals — most recently in Science Advances — that demonstrate that superconductivity also appears in a gradual manner. This is an important step towards the goal of understanding cuprates and providing a way to search for new, even better superconductors.

If it became possible to create materials which remain superconductors even at room temperature, this would have far reaching consequences for technology. Electronic devices could be built that use hardly any energy at all. Levitating trains could be constructed, using extremely strong superconducting magnets, so that cheap, ultrafast transportation would become possible. “We are not yet near this goal,” says Neven Barisic. “But deep understanding of high-temperature superconductivity would pave the way to get there. And, I believe, that we have now taken several important steps in this direction.”