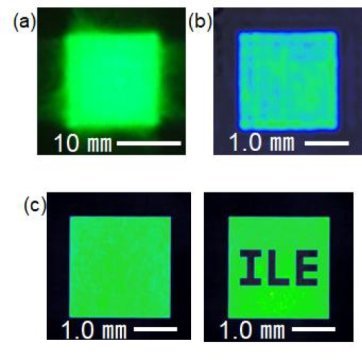 Researchers from Osaka University developed a technique for improving accuracy of laser beam shaping and wavefront obtained by conventional methods with no additional cost by optimizing virtual phase grating. The results of their research were published in Scientific Reports.

A high quality square flattop beam is in demand for various fields, such as uniform laser processing, medicine, as well as ultrahigh intensity laser applications for accelerators and nuclear fusion. Beam shape is key to realizing the laser’s potential abilities and effects. However, since beam shape and wavefront vary by laser, beam shaping is essential for producing the desired shapes to respond to various needs.

Static and adaptive beam shaping methods have been developed for various applications. With Diffractive Optical Element (DOE) as a static method, edge steepness and flatness are low and wavefront becomes deformed after shaping. In addition, computer-generated hologram (CGH) as a typical adaptive method has the same difficulties.

Meanwhile, an adaptive beam shaping technique that uses phase grating encoded on a spatial light modulator (SLM) with spatial-frequency filtering in the Fourier plane in a 4f system was developed. This conventional method generates a square flattop beam by spatially controlling diffraction efficiency without deforming the wavefront. However, because the extracted and residual components overlap in the Fourier plane, it was necessary to cut the high spatial-frequency (HSF) component from the extracted component, limiting the flatness and the edge steepness of the resultant beam shape.

In this study, the group developed a universal beam shaping technique at high accuracy, which can be used for various lasers from ultraviolet to near-infrared domain.

This method spatially separates the residual and extracted components in the Fourier plane by using a virtual diagonal phase grating and clears overlap by making the grating vector kg non-parallel to the normal vectors kx or ky of the desired beam profile, which are parallel to each other in the conventional scheme.

By efficiently using only extracted components containing HSF components, beam shaping at high resolution was achieved. This allowed for a highly uniform flattop beam of any cornered shape without ripples, suppressing the edge of the shaped beam to a height of 20 ?m, which is less than 20% of that obtained with conventional vertical phase grating.

Corresponding author Yoshiki Nakata says, “Our method, which allows for optimization of beam shaping by improving resolution and accuracy, will contribute to a wide field, including basic research, manufacturing and medical engineering. In conventional beam shaping systems, beam shaping accuracy can be significantly enhanced at no extra cost simply by changing the spatial frequency filter and phase grating encoded on an SLM.”