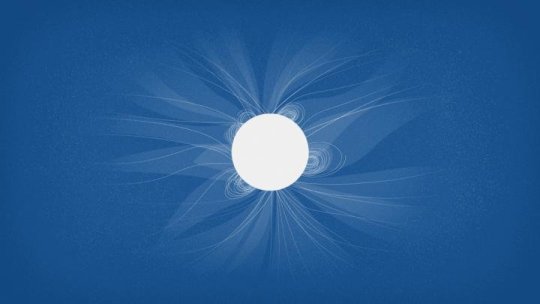 This summer, humanity embarks on its first mission to touch the Sun: A spacecraft will be launched into the Sun’s outer atmosphere.

Facing several-million-degree Fahrenheit temperatures, NASA’s Parker Solar Probe — named after Eugene Parker, the University of Chicago physicist who first predicted the solar wind’s existence — will directly sample solar particles and magnetic fields in an attempt to resolve some of the most important questions facing the field of solar science today. Among those questions: What is the origin of the solar wind and how is it accelerated to speeds of up to 1.8 million miles per hour?

The solar wind fills our entire solar system. When gusts of solar wind arrive at Earth, they can set off dazzling aurora — but also expose astronauts to radiation, interfere with satellite electronics, and disrupt communications signals like GPS and radio waves. The more we understand the fundamental processes that drive the solar wind, the more we can mitigate some of these effects.

In 1958, Parker developed a theory showing how the Sun’s hot corona — by then known to be millions of degrees Fahrenheit — is so hot that it overcomes the Sun’s gravity. According to the theory, the material in the corona expands continuously outwards in all directions, forming a solar wind. A year later, the Soviet spacecraft Luna 1 detected solar wind particles in space, and three years after that, the observations were confirmed by NASA’s Mariner 2 spacecraft.

All those years ago, Mariner 2 detected two distinct streams of solar wind: a slow stream travelling at approximately 215 miles per second and a fast stream zipping through space at twice that speed. Then, in 1973, the origins of the fast solar wind were identified. X-ray images of the corona taken from Skylab — the U.S.’s first manned space station — revealed that the fast wind spews from coronal holes, which are dark, comparatively cool regions on the Sun.

The origins and acceleration mechanisms of the slow solar wind remain mysterious. It is a matter of a decades-long fierce debate between scientists.

But we’re not without clues. NASA’s Ulysses mission, launched in 1990 to fly around the Sun’s poles, observed that during periods of minimum solar activity, the slow solar wind is confined to the Sun’s equator — right where Parker Solar Probe will fly. As the solar cycle progresses toward its maximum, the structure of the solar wind changes from two-distinct regimes — fast at the poles and slow at the equator — to a mixed, inhomogeneous flow.

The debate about the origins of the slow solar wind hinges on a distinction between what’s known as the closed and open corona. The closed corona refers to regions of the Sun where its magnetic field lines are closed — that is, connected to the solar surface at both ends. Bright helmet streamers — large loops that form over magnetically active regions, shaped like a knight’s pointy helmet — are one such example. The plasma, or ionized gas, travelling along the closed loops of a helmet streamer is for the most part confined to the area near the Sun.

The open corona, on the other hand, refers to regions where the magnetic field lines anchor to the Sun at only one end, stretching out into space on the other, thus creating a highway for solar material to escape into space. Coronal holes — the cooler regions at the source of the fast solar wind — are the habitat of open field lines.

By the time the slow solar wind leaves the solar corona, it is also flowing on open magnetic field lines, as that’s the only way to get so far from the Sun. But theories differ on whether it started off there, or was instead born on closed field lines only to switch to open field lines somewhere along the way.

The expansion factor theory, for example, claims the slow solar wind originates on open field lines, just like the fast wind. Its (comparatively) slow speed results from the expanding path it takes on its way out of the corona, as magnetic field lines skirt the borders of helmet streamers. Just as water coursing through a pipe slows to a trickle as the pipe expands, plasma traveling along these widening magnetic paths slows down, forming the slow wind.

The idea that slow solar wind plasma was once on closed field lines is supported by evidence that it once faced the kinds of extreme heating we know happens there.

“It’s not about the temperature of the plasma when we measure it; it’s about the temperature history of that plasma,” said Aleida Higginson, a University of Michigan research scientist working at Goddard. “We can tell that the slow solar wind was much hotter in the past.” In addition, the particular mix of elements that make up the slow solar wind matches well with those seen in the closed corona — but not with plasma that we know has always been on open field lines.

Current efforts to test these theories by spacecraft near Earth are stymied by the great distance between their measurements and the solar wind’s origins (a lot can happen in 93 million miles). The key is getting close up, tracing the solar wind back to its source — and Parker Solar Probe will do just that.

Parker Solar Probe’s instruments will collect downstream evidence of magnetic reconnection — a tell-tale sign that the closed-field-to-open-field theory is at play. Specific kinds of reconnection twist the resulting magnetic field in different ways, and Parker’s instruments will measure the twists in these fields early on, before they have had much time to be distorted. In addition, close-up images of the nascent solar wind will tell us how coronal structures evolve as they propagate outward. This will help us answer a long-standing question whether the solar wind is a continuous or intermittent flow.

For scientists who crave data to test their theories, accurate measurements of the solar corona’s magnetic fields will be invaluable. “That’s why Parker’s mission is so important,” Higginson said. “It all traces back to understanding the detailed magnetic structure on the Sun.”