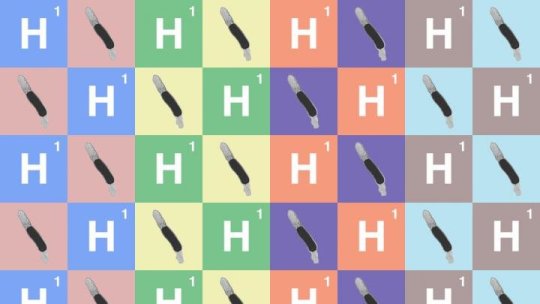 In 1977, researcher Rudolf Thauer proposed a theoretical ceiling on the amount of hydrogen that bacteria could produce via fermentation, the sugar-converting process also responsible for yogurt, beer and cheese.

Propelled by a genetic engineering technique that presents bacteria with a simple choice — adapt or die — research from the University of Nebraska-Lincoln just punched through that 40-year-old ceiling like Iron Man through papier-mâché.

A version of the Thermotoga maritima bacterium engineered by Raghuveer Singh, Paul Blum and their colleagues produced 46 percent more hydrogen per cell than a naturally occurring form of the same species. The team’s highest reported yield — 5.7 units of hydrogen for every unit of glucose fed to the bacterium — easily surpassed the theoretical limit of 4 units.

The feat represents a breakthrough in the global effort to scale up the sustainable production of clean-burning hydrogen for vehicles and heavy industry, Singh said. Most commercial hydrogen comes from refining non-renewable fossil fuels such as natural gas, oil and coal — processes that generate sizable amounts of carbon dioxide.

“I always had been interested in microbes and their potential to make something useful,” said Singh, a doctoral graduate of Nebraska who conducted the research as part of his dissertation. “The current hydrogen production technologies create a lot of environmental problems. My dream is to improve biological systems and make them more competitive with those technologies.”

The T. maritima bacterium ferments sugar into simpler carbon-based molecules that fuel two processes: growing new cells and producing so-called metabolites, one of which is hydrogen. But under normal conditions, most of that carbon gets funneled into the biological machinery that cranks out new cells, leaving little left over for hydrogen production.

“There’s a strong coupling between hydrogen synthesis and the growth of new cells, and this coupling needs to be weakened in order to increase the yield of hydrogen,” said Singh, now a postdoctoral researcher at the University of Florida.

So the researchers decided to temporarily inactivate a gene that has no effect on cell growth but slows hydrogen production in T. maritima. When they did, a second gene — this one involved in transporting sugar — spontaneously mutated to prevent a lethal buildup of sugar-based metabolites. That mutation also dramatically redirected the bacterium’s energy expenditure from cell growth to hydrogen production, creating a new strain that the researchers named Tma 200.

After transferring the newly mutated gene into a naturally occurring version of T. maritima, the researchers found that the bacterium overproduced hydrogen just as Tma 200 did — confirming the influence of sugar uptake on hydrogen yields.

“We created the new organism using classical genetics because the necessary changes could not be predicted,” said Blum, Charles Bessey Professor of Microbiology at Nebraska.

Singh, Blum and colleague Derrick White have since worked with technology-transfer office NUtech Ventures to apply for patent protection of the genetic technique, which Singh described as a “promising strategy” for increasing bacterial production of any potential metabolite.

“Hydrogen is just one of many possibilities,” he said.

The team recently detailed its work in the journal Applied and Environmental Microbiology. Singh and Blum authored the study with White, a recent doctoral graduate now with NuTek Food Science; Yasar Demirel, associate professor of chemical and biomolecular engineering; and researchers from North Carolina State University and the University of Connecticut.

The researchers received support from the U.S. Department of Energy.

Materials provided by University of Nebraska-Lincoln. Original written by Scott Schrage. Note: Content may be edited for style and length.