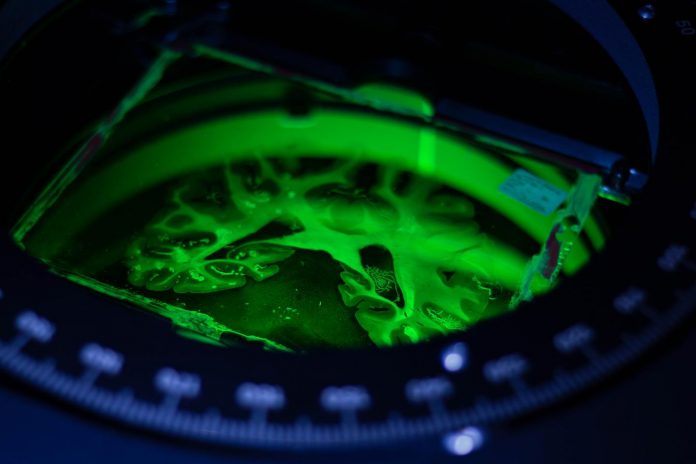 The Human Brain Project (HBP) announces the start of its final phase as an EU-funded FET Flagship. The European Commission has signed a grant agreement to fund the HBP with 150 million Euros from now until 2023. Over the next three years, the project will narrow its focus to advance three core scientific areas – brain networks, their role in consciousness, and artificial neural nets – while expanding its innovative EBRAINS infrastructure. EBRAINS offers the most comprehensive atlas and database on the human brain, directly coupled with powerful computing and simulation tools, to research communities around neuroscience, medicine and technology. Currently transitioning into a sustainable infrastructure, EBRAINS will remain available to the scientific community, as a lasting contribution of the HBP to global scientific progress.

Supercomputers, Big Data Analytics, Simulation, Robots and AI have all become new additions to the “toolbox” of modern neuroscience – a development strongly pushed forward by the HBP and its EBRAINS infrastructure.

Started in 2013 as a FET Flagship project, the HBP is the largest brain science project in Europe. Now entering the final phase of its ten-year lifespan, the project is proud to present its scientific workplan and transformative technological offerings for brain research and brain-inspired research and development.

HBP’s scientific activities in the new phase focus on three topics: networks that are studied across different spatial and temporal scales, their significance for consciousness and disorders of consciousness, and the development of artificial neural networks and neurorobotics.

These topics will be developed hand in hand with the EBRAINS research infrastructure. Likewise, a growing community of external users and partnering projects, researchers working on a range of neuroscientific questions increasingly benefit from the diverse methods that are seamlessly integrated in EBRAINS.

“We will make the infrastructure more efficient, attractive and user-friendly”, says HBP Scientific Research Director Prof. Katrin Amunts. Researchers and engineers are working closely together on this, ‘co-designing’ technical solutions that fit the science needs perfectly. This creates a win-win situation for both communities, Amunts says.

Following this approach, research into the functioning of the human brain and its diseases flowed into constructing novel digital tools for a data-driven, interdisciplinary and collaborative approach. “We needed a broad spectrum of neuroscientific fields to do justice to the complexity of the brain, and permanent coordination with the engineers and developers to be able to handle the enormous amounts of data involved, bridging the scales of brain organization from the molecular level to the whole organ.” Much has been achieved in this way, reflected in over 1200 scientific publications to date and a rapidly growing number of users and partners.

EBRAINS today already provides researchers with a wide spectrum of unique services, resources and technologies, for example, a multi-level human brain atlas, which is navigable in 3D, linked to a growing neuroscientific data base, as well as access to a federated system of most powerful European supercomputers, and brain-inspired “neuromorphic” computers pushing simulation and deep learning analytics to new horizons.

An increasing number of applications are built one these new technologies. A method for personalized modelling of patient brains is currently undergoing clinical trials, the first of its kind. The EBRAINS “Medical Informatics Platform” has been installed in 30 European clinics, enabling to run analysis of patient data, without the highly sensitive information having to leave the hospital. It is expected that this technology will have an impact for future studies of rare diseases.

To help the HBP achieve its goals on both the scientific and infrastructure side, the consortium will be further opened during the new phase. New talent will be brought in through a series of Calls for Expression of Interest.

Putting EBRAINS on the European map

On the institutional side, decisive steps are being taken to ensure the infrastructure reaches its operational maturity after the end of the HBP. In 2019, the EBRAINS AISBL, an international non-profit association under Belgian law, was founded in Brussels with the objective of promoting and supporting brain research. In the coming months, the EBRAINS AISBL will take over the role of the coordinator of the HBP from the Swiss Ecole polytechnique fédérale de Lausanne (EPFL).

An experienced expert on EU research issues from within the European Commission was recruited as founding CEO of EBRAINS and new Director General of the Human Brain Project: Pawel Swieboda joined in May 2020 from his post as Deputy Director and Head of Research at the European Political Strategy Centre, the advisory hub to the Commission President. “EBRAINS is a state-of-the-art digital infrastructure that will be instrumental to secure Europe’s place globally in the dynamically growing field of multidisciplinary brain research, with powerful implications for AI, neurorobotics and medicine,” Swieboda said.

For the European Research landscape, the HBP has helped to establish a focal point connecting the distributed expertise and resources across the EU: From Germany, for example, world-leading groups come from human brain atlasing, neuromorphic computers, simulation and high-performance computing. France contributes to the project its special expertise in personalized brain models of patients and neuroimaging, Belgium expertise in clinical neuroscience, Norway and Greece in data management, Switzerland in nerve cell simulation, and the Netherlands in linking neurotechnology and cognitive science. “All these groups are working together through the HBP and EBRAINS, creating outcomes together that would have been unthinkable on their own,” says Swieboda.

A key objective for the next three years will be to further integrate EBRAINS into the European and global research landscape and to implement new projects with external scientific users. Partnerships with the European Brain Council (EBC) and the project European Research Area for Neurosciences (EBRA), which foster cooperation and convergence between the various activities in Europe, will contribute to this goal. “In this concept, EBRAINS provides the technical platform to facilitate cross-national cooperation and enable faster progress for the benefit of society,” says Katrin Amunts.