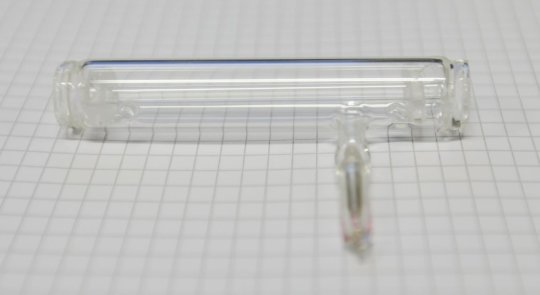 A group of scientists from the Niels Bohr Institute (NBI) at the University of Copenhagen will soon start developing a new line of technical equipment in order to dramatically improve gravitational wave detectors.

Gravitational wave detectors are extremely sensitive and can e.g. register colliding neutron stars in space. Yet even higher sensitivity is sought for in order to expand our knowledge about the Universe, and the NBI-scientists are convinced that their equipment can improve the detectors, says Professor Eugene Polzik: “And we should be able to show proof of concept within approximately three years.”

If the NBI-scientists are able to improve the gravitational wave detectors as much as they “realistically expect can be done,” the detectors will be able to monitor and carry out measurements in an eight times bigger volume of space than what is currently possible, explains Eugene Polzik: “This will represent a truly significant extension.”

Polzik is head of Quantum Optics (Quantop) at NBI and he will spearhead the development of the tailor made equipment for gravitational wave detectors. The research — which is supported by the EU, the Eureka Network Projects and the US-based John Templeton Foundation with grants totaling DKK 10 million — will be carried out in Eugene Polzik’s lab at NBI.

News media all over the world shifted into overdrive in October of 2017 when it was confirmed that a large international team of scientists had indeed measured the collision of two neutron stars; an event which took place 140 million light years from Earth and resulted in the formation of a kilonova.

The international team of scientists — which also included experts from NBI — was able to confirm the collision by measuring gravitational waves from space — waves in the fabric of spacetime itself, moving at the speed of light. The waves were registered by three gravitational wave detectors: the two US-based LIGO-detectors and the European Virgo-detector in Italy.

“These gravitational wave detectors represent by far the most sensitive measuring equipment man has yet manufactured — still the detectors are not as accurate as they could possibly be. And this is what we intend to improve,” says Professor Eugene Polzik.

How this can be done is outlined in an article which Eugene Polzik and a colleague, Farid Khalili from LIGO collaboration and Moscow State University, have recently published in the scientific journal Physical Review Letters. And this is not merely a theoretical proposal, says Eugene Polzik:

In July of last year Eugene Polzik and his team at Quantop published a highly noticed article in Nature — and this work is actually the very foundation of their upcoming attempt to improve the gravitational wave detectors.

The article in Nature centered on ‘fooling’ Heisenberg’s Uncertainty Principle, which basically says that you cannot simultaneously know the exact position and the exact speed of an object.

This has to do with the fact that observations conducted by shining light on an object inevitably will lead to the object being ‘kicked’ in random directions by photons, particles of light. This phenomenon is known as Quantum Back Action (QBA) and these random movements put a limit to the accuracy with which measurements can be carried out at the quantum level.

The article in Nature in the summer of 2017 made headlines because Eugene Polzik and his team were able to show that it is — to a large extent — actually possible to neutralize QBA.

And QBA is the very reason why gravitational wave detectors — that also operate with light, namely laser light — “are not as accurate as they could possibly be,” as professor Polzik says.

Put simply, it is possible to neutralize QBA if the light used to observe an object is initially sent through a ‘filter’. This was what the article in Nature described — and the ‘filter’ which the NBI-scientists at Quantop had developed and described consisted of a cloud of 100 million caesium atoms locked-up in a hermetically closed glass cell just one centimeter long, 1/3 of a millimeter high and 1/3 of a millimeter wide.

The principle behind this ‘filter’ is exactly what Polzik and his team are aiming to incorporate in gravitational wave detectors.

In theory one can optimize measurements of gravitational waves by switching to stronger laser light than the detectors in both Europe and USA are operating with. However, according to quantum mechanics, that is not an option, says Eugene Polzik:

“Switching to stronger laser light will just make a set of mirrors in the detectors shake more because Quantum Back Action will be caused by more photons. These mirrors are absolutely crucial, and if they start shaking, it will in fact increase inaccuracy.”

Instead, the NBI-scientists have come up with a plan based on the atomic ‘filter’ which they demonstrated in the Nature article: They will send the laser light by which the gravitational wave detectors operate through a tailor made version of the cell with the locked-up atoms, says Eugene Polzik: “And we hope that it will do the job.”