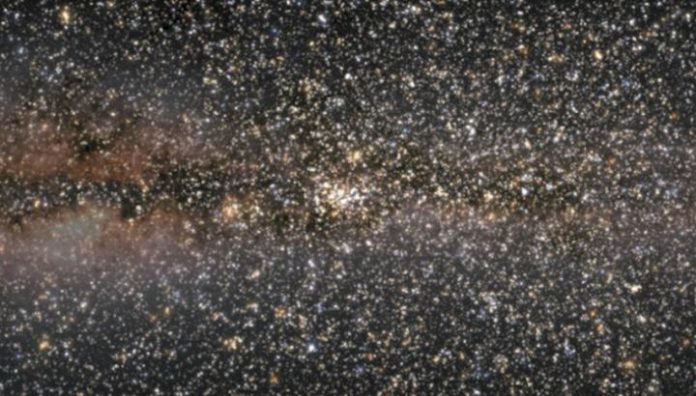 “Clusters form big families of stars that can stay together for large parts of their lifetime. Today, we know of roughly a few thousand star clusters in the Milky Way, but we only recognize them because of their prominent appearance as rich and tight groups of stars. Given enough time, stars tend to leave their cradle and find themselves surrounded by countless strangers, thereby becoming indistinguishable from their neighbours and hard to identify” says Stefan Meingast, lead author of the paper published in Astronomy & Astrophysics. “Our Sun is thought to have formed in a star cluster but has left its siblings behind a long time ago” he adds.

Thanks to the ESA Gaia spacecraft’s precise measurements, astronomers at the University of Vienna have now discovered that what we call a star cluster is only the tip of the iceberg of a much larger and often distinctly elongated distribution of stars.

“Our measurements reveal the vast numbers of sibling stars surrounding the well-known cores of the star clusters for the first time. It appears that star clusters are enclosed in rich halos, or coronae, more than 10 times as large as the original cluster, reaching far beyond our previous guesses. The tight groups of stars we see in the night sky are just a part of a much larger entity” says Alena Rottensteiner, co-author and master student at the University of Vienna. “There is plenty of work ahead revising what we thought were basic properties of star clusters, and trying to understand the origin of the newfound coronae.”

To find the lost star siblings, the research team developed a new method that uses machine learning to trace groups of stars which were born together and move jointly across the sky. The team analyzed 10 star clusters and identified thousands of siblings far away from the center of the compact clusters, yet clearly belonging to the same family. An explanation for the origin of these coronae remains uncertain, yet the team is confident that their findings will redefine star clusters and aid our understanding of their history and evolution across cosmic time.

“The star clusters we investigated were thought to be well-known prototypes, studied for more than a century, yet it seems we have to start thinking bigger. Our discovery will have important implications for our understanding of how the Milky Way was built, cluster by cluster, but also implications for the survival rate of proto-planets far from the sterilizing radiation of massive stars in the centers of clusters”, says João Alves, Professor of Stellar Astrophysics at the University of Vienna and a co-author of the paper. “Dense star clusters with their massive but less dense coronae might not be a bad place to raise infant planets after all.”