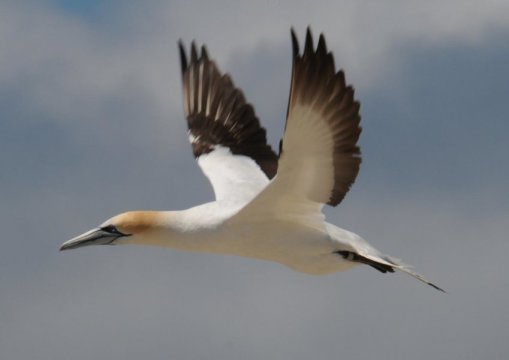 Research led by the University of Sydney shows that under warm water events the nutritional balance of fish and squid changes and is of lower quality, while under cold water events it is of higher quality.

Conducted in New Zealand, the research used a highly successful marine predator seabird — the Australasian gannet — as a biological monitor of the marine environment and food sources.

Published in the Journal of Animal Ecology, the research was a collaboration between the Charles Perkins Centre, School of Life and Environment Sciences and School of Mathematics and Statistics at the University of Sydney; James Cook University in Queensland; Massey University in New Zealand; and the Ornithological Society of New Zealand. It forms part of the human-animal interactions and Human Food Chain project nodes at the Charles Perkins Centre.

Lead author Dr Gabriel Machovsky-Capuska, adjunct senior researcher at the University of Sydney’s Charles Perkins Centre, said the findings had implications for marine life and its predators, including humans.

“Marine mammals and seabirds such as gannets eat similar foods as humans — namely fish and squid,” he explained.

“All capture prey in similar areas, and inevitably all are impacted by nutritional changes to this food source.”

Co-author Professor David Raubenheimer, the University of Sydney’s Leonard P Ullmann Chair in Nutritional Ecology at the School of Life and Environmental Sciences and Charles Perkins Centre, said the research team devised a novel approach in order to conduct the research.

“These findings underline the importance of linking marine environmental fluctuations with the nutritional quality of fish and squid for human consumption — and provide significant insights for fisheries that are capturing fish for humans to eat.”

Dr Machovsky-Capuska said the findings were also revealing for environmental and conservation purposes.

“The work shows that diet and foraging behaviour of marine predators are significantly influenced by warm and cold events,” he said.

“During warm water events gannets had to work harder for their food as they expanded their foraging habitat and increased their foraging trip duration, while at the same time consuming prey and diets with lower content of energy-providing oils,” he said.

“Our approach can be used to understand and ultimately protect travelling routes for migratory species, and could support the conservation of endangered species in terms of food quality and habitat suitability.”