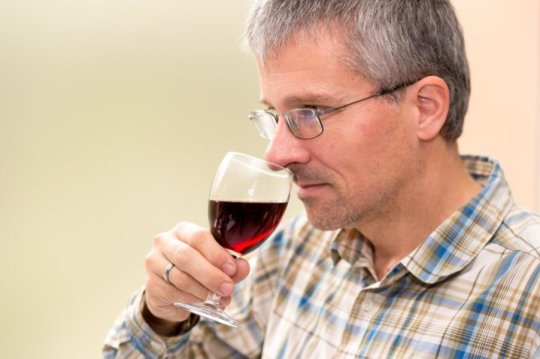 Animals are much better at smelling a complex “soup” of odorants rather than a single pure ingredient, a new study by the University of Sussex has revealed.

Complex mixed odorants are detected more quickly and more reliably by olfactory receptors and can be identified over a wider concentration range than pure odorants, according to research led by Professor Thomas Nowotny and his PhD student Ho Ka Chan.

The new findings, published today in PLoS Computational Biology, shed new light on the nature of the sense of smell and could help develop more sophisticated artificial systems that could eventually emulate the ability of sniffer dogs to detect drugs and explosives.

There is also potential in the research to improve food safety with devices that could detect the quality and ripeness of produce.

Prof Nowotny, Director of Research and Knowledge Exchange in the University of Sussex’s School of Engineering and Informatics, said: “Our study was looking at how olfactory receptors and brain structures cope with mixtures and single odorants. At first, we thought that mixtures would mean complications but it turned out there was no extra complications and in fact, it’s usually easier to smell mixtures than single odorants and the sensing is also slightly faster. This wasn’t what we expected but this is what came out from our mathematical investigation.”

As well as building a mathematical model of odour transduction, the research team, which included academics from University of Konstanz in Germany, Universidad de Buenos Aires in Argentina and Arizona State University in the US, used physiological recordings of the olfactory system of fruit flies and honey bees to collect data in support of the model’s predictions.

Prof Nowotny believes his findings could have serious ramifications for scientists around the world studying the growing field of scent which largely has focussed on researching with single compounds.

He believes this could be a mistake and suggests researchers should take a more naturalistic approach to their research.

Prof Nowotny added: “If you were to go into a perfumery with pure compounds, it is known that humans are notoriously quite bad at distinguishing the separate compounds in a simple mix.

“This suggests that maybe our olfactory systems are not made to do this type of analytic smelling of pure compounds.

“Everything we take in from our environment is mixed smells, so it makes evolutionary sense that our olfactory systems would be better at those type of smells.

“Similarly, animals secrete odorant mixtures as communication signals (pheromones), so it is vital that they can quickly and accurately identify these chemical signals so they can decode the message they are being sent.”