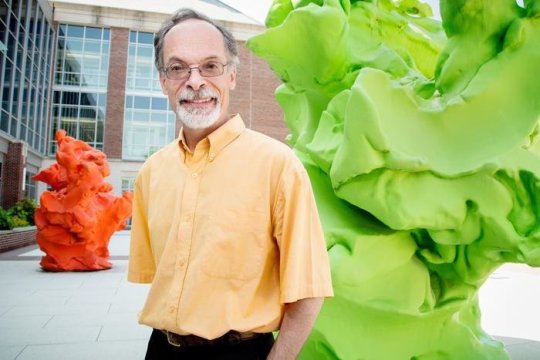 When temperatures drop, plants can’t bundle up. Stuck outside, exposed, plants instead undergo a series of biochemical changes that protect cells from damage. Scientists have described these changes and identified some of the genes controlling them, but it’s not clear how all the processes work together. Lacking this global view, plant breeders have struggled to engineer cold-tolerant crops.

A recent study from the University of Illinois and Gebze Technical University in Turkey provides a new way of thinking about cold stress in plants that goes beyond the traditional approach of examining a single gene, protein, or biochemical pathway at a time. Instead, it simultaneously examines the entire collection of genes, metabolites, pathways, and reactions involved in the cold stress response.

“The chances are slim that breeders could successfully modify a single gene and achieve greater cold tolerance. We need to understand the entire system: not only the gene of interest but all the related genes that affect particular pathways and other biological activities involved in a plant’s stress response,” says Gustavo Caetano-Anollés, professor in the Department of Crop Sciences at U of I and an author on the Frontiers in Bioengineering and Biotechnology study. “Our study identifies significant metabolites associated with important traits and is a step forward in metabolic profiling techniques.”

Next-generation gene sequencing made it possible to generate lists of all the genes and proteins being expressed at a given moment within an organism — constituting millions of data points — but there was still no way of understanding what they all were or how they were interacting.

Forging ahead, the research team examined data points collected from Arabidopsis thaliana, a small plant commonly studied to understand genetic and physiological processes, at four time points during the cold stress response. Using a database that annotates genes and gene products, the team was able to build a network of genes, metabolites, and pathways, identifying all the processes involved in the plant’s cold stress response.

“Our analysis revealed stress-associated metabolites in numerous pathways that we didn’t necessarily think would respond to cold stress, including amino acid, carbohydrate, lipid, hormone, energy, photosynthesis, and signaling pathways. That shows how important it is to view the stress response on a systems level,” Caetano-Anollés says. “We found that cold stress first triggered a burst of energy, followed by a diversion of carbons into amino acid and lipid metabolism.”

Ibrahim Koç, a researcher at Gebze Technical University and co-author of the study, adds, “In particular, ethanol was a significant metabolite involved in the management of cellular energy.”

The discovery indicates a possible route forward for plant breeders and biological engineers, though more research is required to determine if the pathways involved can be modified simultaneously. Specifically, the methodology will allow scientists to use systems biology tools to study metabolic reactions that populate important pathways, and collectively engineer enzymes to improve how plants respond to environmental insults.

Importantly, the research provides a method to look at metabolic processes in virtually any organism. Caetano-Anollés suggests the method could be used, for example, to look at herbicide resistance in weeds or antibiotic resistance in mammals.