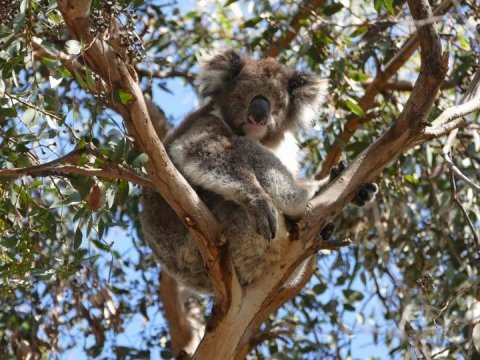 Koalas have long captured people’s hearts and minds thanks to their cuddly features and seemingly relaxed demeanor.

Now, in a collaborative study by the Koala Genome Consortium — involving 54 scientists at 29 institutions, including Kyoto University — researchers have successfully sequenced the entire koala genome, uncovering much that has been unknown about these mesmerizing marsupials.

Past studies have revealed many unique features of the koala’s morphology, physiology and ecology. However, little was known about the animal’s genome. With this study published in Nature Genetics, the koala is now the fourth marsupial species to have its genome sequenced, providing further understanding of the genetic background of its biology, and establishing a high-quality genomic reference for marsupial mammals.

The consortium sequenced over 3.4 billion base pairs and 26,000 genes in the koala genome. With this new data, Takashi Hayakawa of Kyoto University’s Primate Research Institute and Don Colgan of the Australian Museum analyzed the evolutionary background of the koala’s taste receptor genes relating to its unique adaptation to feed on eucalyptus.

“Initial studies gave us insight into genes related to sensory receptors and detoxification enzymes, and I was curious about the koala’s pallet,” explains Hayakawa. “In all animals, including humans, ‘bitterness’ is usually a warning sign indicating toxicity. Eucalyptus leaves are toxic to most animals but as much to koalas, and we were interested in how they perceive these leaves.”

After analyzing the genome, the duo found that koalas have more bitter taste receptor genes than any other Australian marsupial, and even more than most mammals. This enables the animals to detect toxic metabolites contained in eucalyptus, suggesting koalas can discriminate the toxicity levels of the leaves they ingest.

“Koalas have been shown to demonstrate selectivity in the leaves they consume, avoiding as much of a plant’s toxic metabolite as possible,” states Hayakawa. “Expansions in the taste receptor gene catalog enable koalas to optimize ingestion of nutrients and avoid plant toxins.”

Further analysis also showed that koalas appear to have functional receptors for both sweetness and umami perception, previously not observed in other animals with highly specialized diets.

“A complete genome sequence is the gold standard in understanding any unique biological quality of an animal,” concludes Hayakawa. “Knowledge of the koala genome is going to play a pivotal role in the conservation of these animals.”