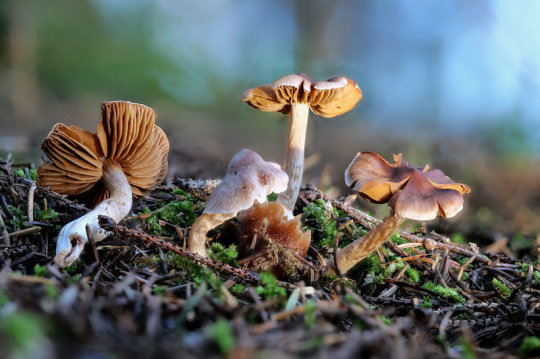 An enormous library of products derived from more than ten thousand fungi could help us find new drugs. Researchers from the group of Jeroen den Hertog at the Hubrecht Institute, in collaboration with researchers from the Westerdijk Institute and Utrecht University, have set up this library and screened it for biologically active compounds. They tested the biological activity of these fungal products first using zebrafish embryos. The researchers chose to use zebrafish embryos, because it allows the analysis of effects on many cell types at the same time, in a working body, and because zebrafish are physiologically very similar to humans. They have already found various known compounds, among which the cholesterol lowering drug lovastatin. The library of fungal products offers ample opportunity to search for new drugs.

The results of this research were published on the 26th of November in the scientific journal Scientific Reports.

We constantly need new therapeutic compounds in the clinic for various reasons, including our increasing age, with corresponding illnesses, and resistance to existing drugs. Fungi are an excellent, but underexplored source of these kinds of compounds, such as lovastatin, a compound produced by the fungus Aspergillus terreus and that is used as a cholesterol lowering drug. Jelmer Hoeksma, one of the researchers at the Hubrecht Institute, explains: “Every year new compounds produced by fungi are identified, but so far we have only investigated a very small subset of all existing fungi. This suggests that many more biologically active compounds remain to be discovered.”

The collaboration with the Westerdijk Fungal Biodiversity Institute, home to the largest collection of live fungi in the world, enabled the researchers to set up a large library of filtrates derived from more than ten thousand different fungi. A filtrate contains all the products that the fungus excretes. To search for therapeutic compounds, the researchers investigated the effects of this large library of fungal products first on zebrafish embryos. The zebrafish embryos enabled the researchers to study effects on the whole body during development. Zebrafish are vertebrates that are physiologically very similar to humans and are often used to test drugs for a variety of disorders. Within a few days these embryos develop most of their organs, making biological activity of the fungal compounds readily detectable. In addition, comparison to known drugs may result in identification of new drugs and also point towards the underlying mechanisms of action of these compounds.

Tip of the iceberg

This study underlines the large variety of biologically active compounds that are produced by fungi and the importance of further investigating these compounds in the search for new drugs. Hoeksma: “The large library of fungal filtrates that we have set up can also be tested in many other systems, such as models for antibiotic resistance in bacteria and tumor development, making this study only the tip of the iceberg.”

Materials provided by Hubrecht Institute. Note: Content may be edited for style and length.