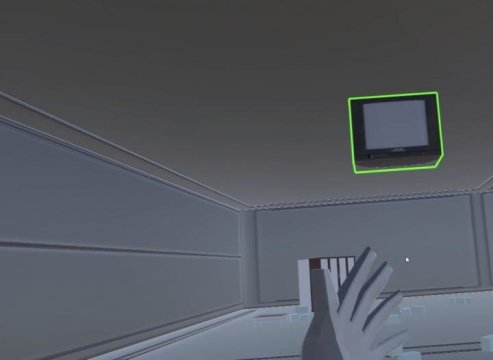 Fans of the Star Wars franchise will have to wait more than a year from now to get their fix of Jedi-laden telekinetic spectacles on the big screen. The as-of-yet-to-be-titled Episode IX, the last installment of the space saga as was envisioned in 1977, won’t be released until December 2019.

In the interim, stalwart practitioners of Jedi ways and other Force-sensitive beings can look to the small screen and thank Virginia Tech researchers for a recently developed virtual reality technique called Force Push.

Force Push gives its users the ability to move faraway objects with Yoda-like calm, nuance, and focus using an approach for remote object manipulation in VR.

“You basically push the object in the direction you want it to move to, just like in Star Wars when the Jedi masters try to move an object that’s placed remotely, they can push or pull it,” said Run Yu, Ph.D. candidate in the Department of Computer Science and the Institute for Creativity, Technology, and the Arts. Yu is first author on the recently published article in Frontiers in ICT detailing the research.

“We wanted to try and do this without any device, just using your hands, and also do it with gestures in a way that’s more playful,” said Doug Bowman, the Frank J. Maher Professor of Computer Science and director of the Center for Human Computer Interaction.

Force Push provides a more physical, nuanced experience than traditional hand controllers allow in VR. It responds to the speed and magnitude of hand gestures to accelerate or decelerate objects in a way that users can understand intuitively.

The ability to respond to nuanced hand movement is due to the technique’s novel physics-driven algorithms. Dynamically mapping rich features of input gestures to properties of physics-based simulation made the interface controllable in most cases. With Force Push, it’s just as easy for users to apply the gentlest of nudges to an object as it is to throw a heavy object across the room. The researchers also believe the physics-based technique makes Force Push more plausible, so that users have a “realistic” experience of these magical powers.

To perform user experiments the team used an Oculus Rift CV1 for display and a Leap Motion was applied for hand tracking. The virtual environment was developed in the Unity game engine, and the native physics engine of Unity was used to drive the physics-based simulation of the Force Push interface.

“Every week we kind of tweak something different in order to make the experience feel right,” said Bowman. “But now it feels really cool.”

Materials provided by Virginia Tech. Original written by Amy Loeffler. Note: Content may be edited for style and length.