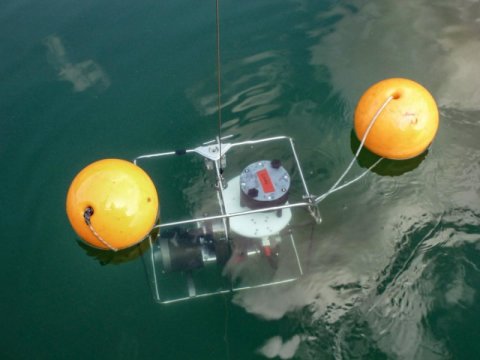 For years, scientists have been trying to determine the climate of the past in order to make better predictions about future climate conditions. Now, there has been a breakthrough in the methodology of climate reconstruction based on microbial molecular fossils. Researchers under the direction of the University of Basel analyzed sediment samples collected from more than 30 Swiss lakes. Their findings can be applied to lakes worldwide, as the scientists report in PNAS.

The remains of bacteria found in lake sediments are important for the reconstruction of past environmental conditions. Particularly, cell fragments known as membrane lipids allow climate geologists to infer historic temperatures. A team led by Professor Moritz Lehmann and Dr. Helge Niemann from the Department of Environmental Sciences at the University of Basel have now investigated a very specific class of climate-sensitive lipids in 36 alpine lakes.

Their application in climate reconstruction has long been known, but the biological sources of the lipids remained unclear. This severely complicated their application as a temperature indicator. “We initially assumed that these compounds were primarily produced by bacteria in soil and were washed into the lakes by rivers. But increasing evidence suggested that they are also formed within lake water itself,” explains Lehmann. Therefore, the aim of the research project was to characterize the ecology of the unknown bacteria that produce these lipids.

At the heart of the investigations was Lake Lugano in Switzerland, which offers an outstanding model system due to its strong stratification and great depth. “Using stable isotope analysis, we were able to show that these bacterial lipids are dominantly formed in the cold, deep waters of the lake — where oxygen is depleted and large amounts of the greenhouse gas methane are present,” says Dr. Yuki Weber, lead author of the study. The scientists were then able to confirm their findings from Lake Lugano by similar measurements from 35 other alpine lakes.

In addition to lipid analysis, the researchers also applied molecular biological methods, which allowed them to capture the bacterial diversity at various water depths in Lake Lugano. For the first time, the research team was able to show that these climate-sensitive lipids are produced under widely different environmental conditions, by distinct groups of microbes that reside at different water depths.

Despite the numerous environmental factors that may influence the composition of these lipids, the researchers were able to determine the conditions under which the lipid thermometer still yields reliable temperature estimates. “By means of stable carbon isotope analysis, we can now determine whether the lipids were formed in soil or lake water. We are therefore confident that our study will make an important contribution to the improvement of paleoclimate data worldwide,” concludes Weber.