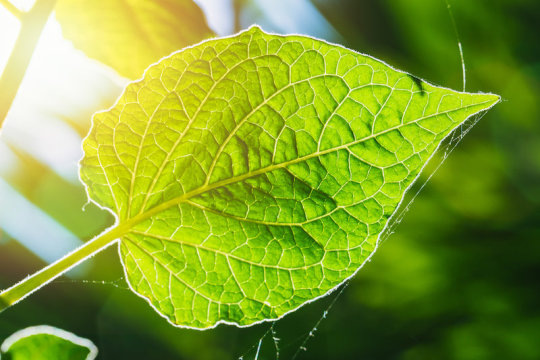 Structures inside rare bacteria are similar to those that power photosynthesis in plants today, suggesting the process is older than assumed.

The finding could mean the evolution of photosynthesis needs a rethink, turning traditional ideas on their head.

Photosynthesis is the ability to use the Sun’s energy to produce sugars via chemical reactions. Plants, algae, and some bacteria today perform ‘oxygenic’ photosynthesis, which splits water into oxygen and hydrogen to power the process, releasing oxygen as a waste product.

Some bacteria instead perform ‘anoxygenic’ photosynthesis, a version that uses molecules other than water to power the process and does not release oxygen.

However, by analysing structures inside an ancient type of bacteria, Imperial College London researchers have suggested that a key step in oxygenic photosynthesis may have already been possible a billion years before commonly thought.

The new research is published in the journal Trends in Plant Science.

Lead author of the study, Dr Tanai Cardona from the Department of Life Sciences at Imperial, said: “We’re beginning to see that much of the established story about the evolution of photosynthesis is not supported by the real data we obtain about the structure and functioning of early bacterial photosynthesis systems.”

It is so distantly related that it last had a ‘common ancestor’ with cyanobacteria billions of years ago. This means that any traits the two bacteria share are likely to also have been present in the ancient bacteria that gave rise to them both.

By analysing the structures that both H. modesticaldum and modern cyanobacteria use to perform their different types of photosynthesis, Dr Cardona found striking similarities.

Both structures contain a site that cyanobacteria and plants exclusively use to split water — the first crucial step in oxygenic photosynthesis.

Dr Cardona said: “This result helps explain in fantastic detail why the systems responsible for photosynthesis and oxygen production are the way they are today- but for it to make sense it requires a change of perspective in the way we view the evolution of photosynthesis.

The work was funded by the Leverhulme Trust and the Biotechnology and Biological Sciences Research Council.