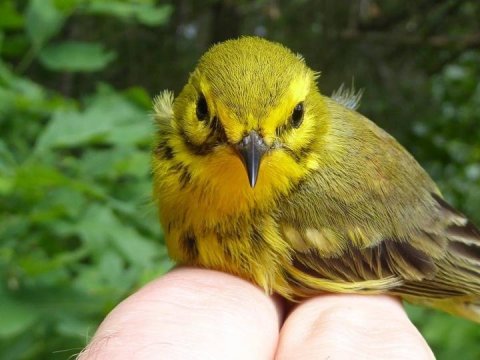 To fully understand biodiversity and how it is changing, you need to look near, far, and in-between, according to a new study.

Researchers at Yale University studied 50 years of data about nesting birds in North America and tracked biodiversity changes on a local, regional, and continental scale. They found significant differences in how much change had occurred, based upon how wide a geographic net they cast.

The findings have implications for how to assess biodiversity in a rapidly changing world, as well as how biodiversity information should be presented. The study appears July 2 in the journal Nature Communications.

“Biodiversity is changing all around us and worldwide. Local species disappear and sometimes other species invade,” said co-author Walter Jetz, professor of ecology and evolutionary biology and co-director of the Max Planck-Yale Center for Biodiversity Movement and Global Change. “Studying birds in the U.S. and worldwide, we show that patterns and implications of this ongoing change vary strongly with the scale.”

This means a minor loss or gain of species richness or functional diversity at the local or county level can look like a major gain at the state or national level, and yet be a net loss when viewed at a global scale.

“Any reporting and interpretation of biodiversity change thus needs scale as a key qualifier,” said Marta Jarzyna, the study’s first author and a postdoctoral researcher at Yale. “Better yet, researchers and practitioners of biodiversity science should adopt a multi-scale framework and consider all geographic scales simultaneously.”

Grants from the Yale Climate and Energy Institute, the National Science Foundation, and NASA supported the research. The researchers also acknowledged thousands of volunteers who participated in the North American Breeding Bird Survey from 1969 to 2013.