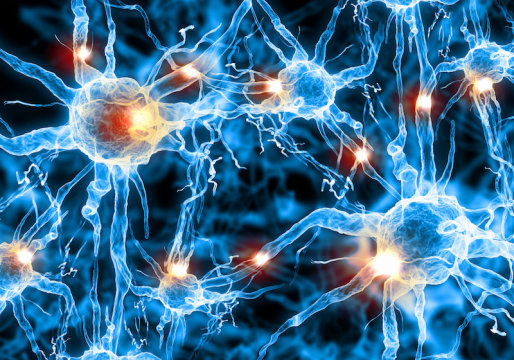 “Because they can mimic cerebral development, cerebral organoids can be used as a substitute for the human brain to study complex developmental and neurological disorders,” says corresponding author Jun Takahashi, a professor at Kyoto University.

However, these studies are challenging, because current cerebral organoids lack desirable supporting structures, such as blood vessels and surrounding tissues, Takahashi says. Since researchers have a limited ability to assess the organoids’ neural activities, it has also been difficult to comprehensively evaluate the function of neuronal networks.

“In our study, we created a new functional analysis tool to assess the comprehensive dynamic change of network activity in a detected field, which reflected the activities of over 1,000 cells,” says first and co-corresponding author Hideya Sakaguchi, a postdoctoral fellow at Kyoto University (currently at Salk Institute). “The exciting thing about this study is that we were able to detect dynamic changes in the calcium ion activity and visualize comprehensive cell activities.”

To generate the organoids, Takahashi, Sakaguchi, and their team created a ball of pluripotent stem cells that have the potential to differentiate into various body tissues. Then, they placed the cells into a dish filled with culture medium that mimicked the environment necessary for cerebral development. Using the organoids, the team successfully visualized synchronized and non-synchronized activities in networks and connections between individual neurons. The synchronized neural activity can be the basis for various brain functions, including memory.

“We believe that our work introduces the possibility of a broad assessment of human cell-derived neural activity,” Sakaguchi says. The method could help researchers understand processes by which information is encoded in the brain through the activity of specific cell populations, as well as the fundamental mechanisms underlying psychiatric diseases, he says.

“Because cerebral organoids mimic the developmental process, a concern is that they also have mental activities such as consciousness in the future,” Sakaguchi says. “Some people have referenced the famous ‘brains in a vat’ thought experiment proposed by Hilary Putnam, that brains placed in a vat of life-sustaining liquid with connection to a computer may have the same consciousness as human beings.”

However, Takahashi and Sakaguchi believe that cerebral organoids are unlikely to develop consciousness because they lack input from their surrounding environments.

“Cerebral organoids can bring great advances to pharmacological companies by replacing traditional animal models and can also be used to model untreatable neural diseases,” he says. “Using our method, it will be possible to analyze cell activity patterns in brain functions to further explore these areas.”