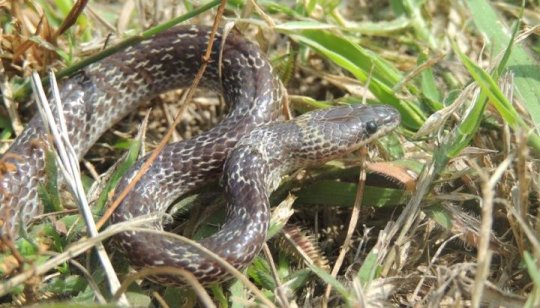 The effects of island remoteness from the mainland on the number of species found on islands differs strongly for non-native compared to native species. Numbers of native species on islands decrease with greater remoteness, while numbers of non-native species increase. This surprising finding has been uncovered by an international research team led by Dietmar Moser, Bernd Lenzner and Franz Essl from the Department of Botany and Biodiversity Research of the University of Vienna. The study has been published in the scientific journal Proceedings of the National Academy of Sciences. These findings have important implications for our understanding global biodiversity.

His colleague Bernd Lenzner adds: “With increasing distance to the mainland, native species become more evolutionary isolated and ecologically distinct. This results from the fact that only some species are able to disperse over such long distances, and also from the fact that successful colonizers have become genetically adapted to the specific conditions of the island.” For example, many species have lost their behavioral or defense strategies that would reduce the risk of being eaten, in response to a lack of predators on the island. But, some non-native species may be successful on remote islands by predating on these naive natives, or they may be better able to exploit multiple resources on the remote islands while native species are not able to do so, due to evolved specialization. For the same reason, natives may not be able to exploit human-modified habitats on more isolated islands, while non-native species are able to do so.

Overall, the scientists show that more remote islands that tend to have more distinct floras and faunas are at greater risk from the human introductions of non-native species. With the exception of birds, this pattern was consistent for all other groups. This means that biological invasions not only threaten many different species, but they especially threaten those that are unique to remote islands. As a result, Dietmar Moser recommends that “especially on remote islands, strict actions against the introduction of non-native species need to be implemented.”