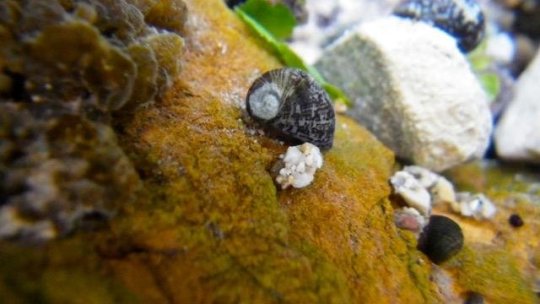 A study from the Faculty of Biology and the Biodiversity Research Institute of the University of Barcelona (IRBio-UB) analysed how water macroinvertebrate species, such as beetles, mosquitos and dragonflies, evolved and diversified since their beginnings. With the analysis of the ecological features of about 6,600 European species, researchers rebuilt the functional space they occupy.

At the same time, they used DNA sequencing to rebuild the tree of life of aquatic macroinvertebrates -evolutionary and phylogenic relation between species- to estimate when they first appeared and their evolution. Results prove previous studies right, which suggested the number of species of each lineage does not depend on the evolutionary time. This study concludes that oldest lineages have more functional diversity -they can do more things and live in more habitats- than younger ones, whose functional diversity is conditioned by oldest lineages which colonized that habitat previously.

The new study has been selected as the article of the month (July) in the journal Ecography. Its first author is the ecologist Cesc Múrria (IRBio-UB) and is led by Professor Núria Bonada (IRBio-UB), head of the research group Freshwater Ecology, Hydrology and Management (FEHM) of the UB. Other participating experts are Anna Papadopoulou (Doñana Biological Station, CSIC), Sylvain Dolédec (University of Lyon, France), and Alfried Vogler (Natural History Museum — Imperial College London, United Kingdom).

Age of lineage and functional diversity

Macroecology is the field of ecology that studies global patterns in biodiversity, such as the decrease of richness of species ranging from tropical areas to the poles, or how this variety gets reduced while the elevation of a mountain rises. In this study, researchers analysed the tree of life of European aquatic macroinvertebrates to determine the time these colonized water ecosystems out of terrestrial or marine ancestors. For instance, it is well established that lineages such as dragonflies colonized continental freshwaters before others, such as beetles or mosquitoes. The next step was to relate the age of lineage to the functional diversity they currently have. “To understand biodiversity global patterns and the processes that created it, it is important to know what these species do -breathe, eat, breed- and where they live -elevation, pH, temperature, amount of oxygen and organic matter of the habitat-, which is known as functional diversity,” says Cesc Múrria, member of the Department of Evolutionary Biology, Ecology and Environmental Sciences and FEHM.

To relate the evolutionary age and functional diversity, researchers gathered ecological data from about 6,600 species of aquatic macroinvertebrates published in previous studies. Results prove the hypothesis according to which oldest lineages would have a larger functional diversity than young ones, but it also shows how this evolution occurs. “Our results show that young lineages have a functional space which was not used before by other lineages, such as salty environments where we cannot find old lineages. This diversification would occur due older lineages colonizing continental waters with no competitors to limit the functional space. Therefore, as other lineages appeared and occupied functional space, the new ones would evolve to use ecological spaces which were not used before, and they would do fewer things and live in particular habitats,” says Cesc Múrria.

This research study is one of the first ones in the field of evolution which determines how lineages in a new habitat can condition the functional diversity of lineages that will colonize the habitat later. “We offer a new perspective for the evolutionary studies that have to consider the ecology of species and not only the amount of species within different lineages. Although it seems something obvious, since the origin of species depends on what the species do, this ecological and evolutionary view is rare in studies that analyse diversity patterns at a big time and space scale. This involvement goes further than the study of aquatic organisms and it can be applied to the whole biota,” adds Cesc Múrria.

“The new study is a step forward to a better understanding of the evolutionary and ecological history of rivers, since the study mixes three research fields that have been worked on separately: phylogeny, functional ecology and evolution,” conclude the researchers.