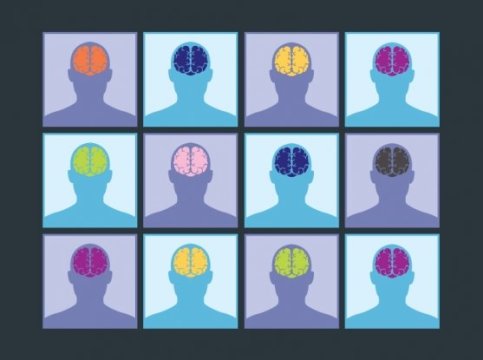 Psychiatric disorders such as schizophrenia and bipolar disorder often run in families. In a new international collaboration, researchers explored the genetic connections between these and other disorders of the brain at a scale that far eclipses previous work on the subject. The team determined that psychiatric disorders share many genetic variants, while neurological disorders (such as Parkinson’s or Alzheimer’s) appear more distinct.

Published today in Science, the study takes the broadest look yet at how genetic variation relates to brain disorders. The results indicate that psychiatric disorders likely have important similarities at a molecular level, which current diagnostic categories do not reflect.

The study was led by co-senior authors Ben Neale, director of population genetics in the Stanley Center at Broad Institute of MIT and Harvard and a faculty member in the Analytical and Translational Genetics Unit at Massachusetts General Hospital, and Aiden Corvin, professor at Trinity College Dublin, with first author Verneri Anttila, a postdoctoral research fellow in Neale’s lab. The team further includes researchers from more than 600 institutions worldwide.

“This work is starting to re-shape how we think about disorders of the brain,” says Neale. “If we can uncover the genetic influences and patterns of overlap between different disorders, then we might be able to better understand the root causes of these conditions — and potentially identify specific mechanisms appropriate for tailored treatments.”

Exploring these biological connections is challenging. The brain is a tricky organ to study directly, difficult to scan in detail or ethically biopsy. And, because brain disorders often co-occur, it’s hard to untangle when one might be affecting the development of another.

To examine the biological overlap between these disorders, researchers must rely on genetics. For the current study, international consortia pooled their data to examine the genetic patterns across 25 psychiatric and neurological diseases. Because each genetic variant only contributes a tiny percentage of the risk for developing a given disorder, the analyses required huge sample sizes to separate reliable signals from noise.

The researchers measured the amount of genetic overlap across the disorders using genome-wide association studies (GWAS) of 265,218 patients and 784,643 controls. They also examined the relationships between brain disorders and 17 physical or cognitive measures, such as years of education, from 1,191,588 individuals. The dataset ultimately included all GWAS consortia studying common brain disorders that the team could identify with sufficient sample sizes.

“This was an unprecedented effort in sharing data, from hundreds of researchers all around the world, to improve our understanding of the brain,” says Anttila.

In contrast, neurological disorders such as Parkinson’s and multiple sclerosis appeared more distinct from one another and from the psychiatric disorders — except for migraine, which was genetically correlated to ADHD, major depressive disorder, and Tourette syndrome.

According to the researchers, the high degree of genetic correlation among the psychiatric disorders suggests that current clinical categories do not accurately reflect the underlying biology. “The tradition of drawing these sharp lines when patients are diagnosed probably doesn’t follow the reality, where mechanisms in the brain might cause overlapping symptoms,” says Neale.

As a hypothetical example, a single mechanism regulating concentration could drive both inattentive behavior in ADHD and diminished executive function in schizophrenia. Further exploration of these genetic connections could help define new clinical phenotypes and inform treatment development and selection for patients.

“We were surprised that genetic factors of some neurological diseases, normally associated with the elderly, were negatively linked to genetic factors affecting early cognitive measures. It was also surprising that the genetic factors related to many psychiatric disorders were positively correlated with educational attainment,” says Anttila. “We’ll need more work and even larger sample sizes to understand these connections.”

The consortia have made their GWAS data accessible online, either freely available for download or by application. They plan to examine additional traits and genetic variants to explore these patterns further, aiming to discover the relevant mechanisms and pathways that underlie and potentially link these disorders.