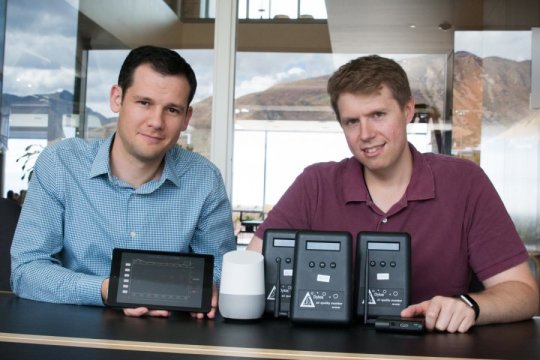 Even after 40 years of recovery, secondary forests remain species and carbon-poor compared to undisturbed primary forests, a new study reveals.

Housing much of Earth’s carbon and biodiversity, tropical forests are, arguably, the planet’s most important ecosystems. Yet, they continue to be destroyed by humans at an alarming rate, with devastating implications for climate change and the world’s species.

An international team of scientists from Europe, Brazil and Australia, measured carbon and surveyed more than 1,600 plant, bird and dung beetle species in 59 naturally regenerating secondary forests and 30 undisturbed primary forests in the eastern Amazon.

Their study, published today in the leading journal Global Change Biology, shows that primary forests contain more biodiversity and carbon than even mature regenerating forests. The study authors argue this means protecting primary forests should be a conservation priority.

Despite this, the study provides compelling evidence that recovering secondary forests may also play a critical ecological role.

“We found that the carbon and biodiversity of secondary forests recovered to more than 80 per cent of levels found in undisturbed primary forests,” said lead author Dr Gareth Lennox from Lancaster University in the UK. “This is undoubtedly good news for climate change mitigation and biodiversity conservation. Nevertheless, the regions we assessed provide very favourable regeneration conditions, with greater than 50 per cent remnant primary forest cover and, consequently, large populations of forest species that can colonise secondary forests.

“Even in this situation, secondary forests cannot substitute for undisturbed primary forests, which must remain a priority of conservation efforts.”

The growth of secondary forests

As economies in the forested tropics grow, rural populations are attracted to cities. This leaves fewer people to engage in traditional farming practices. Forests then regenerate in areas that are — at least temporarily — no longer used for agriculture, potentially counteracting losses of tropical primary forests, an area of which equal to the size of Austria continues to be felled each year.

In Brazil, these forces have led to a rapid expansion of secondary forests: in the last 30 years, the area of the Brazilian Amazon occupied by secondary forests has grown from less than 30,000 km2 to over 170,000 km2 — more than twice the size of Austria.

“Brazil has made bold forest restoration commitments,” study co-author Dr Joice Ferreira from The Brazilian Agricultural Research Corporation (EMBRAPA) said. “Through the Bonn Challenge and Initiative 20 x 20, Brazil has pledged to restore an additional 120,000 km2 of forest by 2030. But there remains considerable uncertainty whether secondary forests can meet minimum ecological standards and whether natural regeneration or active planting is the best restoration strategy.

“Our results show that novel secondary forests can deliver a range of high-value ecosystem services, including carbon sequestration, habitat provision, and the suite of services linked to biomass resilience, such as soil conservation and the maintenance of water systems. Importantly, we show that these services can be provided through natural regeneration, which is vastly less expensive than active restoration alternatives.”

The relationship between carbon and biodiversity

The scale of the climate and biodiversity crises facing humanity is unprecedented. However, funding to meet internationally agreed conservation targets is much less than needed. As a result, discovering areas where biodiversity and carbon can be protected and enhanced simultaneously is a key conservation goal.

Dr Toby Gardner, co-author of the paper from Sweden’s Stockholm Environment Institute (SEI), explained what the team’s results reveal about the relationship between carbon and biodiversity.

“International initiatives, such as the Convention on Biological Diversity and REDD+, seek to protect and enhance tropical biodiversity and carbon stocks, in part through forest regeneration,” he said. “In contrast to other areas of the tropics, we found that biodiversity recovers at least as quickly as carbon. Secondary forests in the eastern Amazon may therefore present the win-win scenario in which conservation investments can alleviate climate change and protect tropical species at the same time.”

Recognizing the importance of secondary forests

Despite the potential ecological and socio-economic significance of secondary forests, they are frequently re-cleared and so do not provide any long-lasting conservation gains.

Professor Jos Barlow, study co-author from Lancaster University, explained, “In the Brazilian Amazon, the average time before secondary forests are deforested again is just five years. Moreover, across the tropics, secondary forest management regimes are beset by legal uncertainties, inconsistent decision-making, and the chronic undervaluation of these important ecosystems.”

“For secondary forests to achieve the socio-ecological potential we uncover, where sites have been regenerating for up to 40 years, they must be incorporated as key elements of landscape management and conservation planning.”