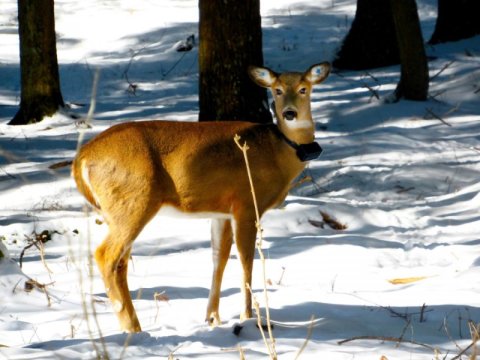 Humans have a “disproportionately huge effect” on the other species of vertebrates that share Earth’s surface with us, causing more than 25 percent of the deaths among an array of species all over the globe, according to a recently published study.

A team of scientists from the SUNY College of Environmental Science and Forestry (ESF) in Syracuse, New York, and the U.S. Department of Agriculture analyzed the deaths of 42,755 animals that were reported in 1,114 published studies. They found that 28 percent of the animals’ deaths were directly caused by humans.

The study was published in January in the journal Global Ecology and Biogeography.

“We all know humans can have a substantial effect on wildlife. That we are only one among over 35,000 species of terrestrial vertebrates worldwide yet responsible for more than one-fourth of their deaths provides perspective on how large our effect actually is,” said co-author Jerrold L. Belant, the Camp Fire Conservation Fund professor at ESF. “And that’s just direct causes. When you also consider urban growth and other land use changes that reduce habitat, it becomes clear humans have a disproportionate effect on other terrestrial vertebrates.”

The study included mammals, birds, reptiles and amphibians that died in North and South America, Europe, Asia, Africa and Oceania between 1970 and 2018. All of them had been collared or tagged as part of research projects.

The study authors analyzed deaths of known cause among 120,657 individual animals from 305 vertebrate species; some 42,000 had met a “known fate.” Overall, 28 percent of deaths were directly caused by humans; the other 72 percent died from natural sources. Predation (55 percent) and legal harvest (17 percent) were the leading sources of mortality.

The scientists concluded that humans are a major contributor to terrestrial vertebrate mortality, potentially impacting evolutionary processes and ecosystem functioning. The authors point out that 75 percent of Earth’s land surface is affected by human activity and that widespread extinctions of animal species are a defining trait of an era dubbed the Anthropocene.

“It’s a wake-up call,” Belant said. “Consider deforestation rates and the bleaching of coral reefs from increased sea temperatures. This is one more piece of evidence to add to the list, one more example of the effect we’re having on the planet.”

Materials provided by SUNY College of Environmental Science and Forestry. Original written by Claire B. Dunn. Note: Content may be edited for style and length.