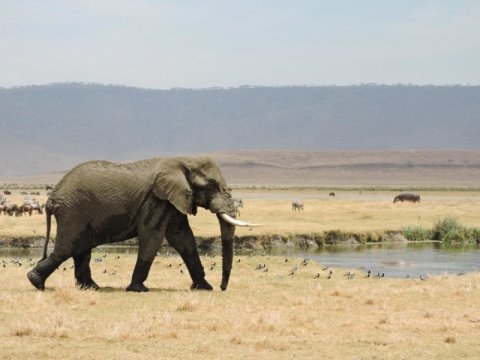 A study led by researchers at the University of Southampton reveals huge variations in the similarity and breadth of animal roles in nature across different parts of the world.

The research, in partnership with Memorial University of Newfoundland, goes beyond just counting the types of animals there are and instead accounts for the differences between wildlife and their roles in the environment. This information is important to conservation efforts, as it enables the identification of places where there are only a few species performing a role, as opposed to regions where many species carry out similar roles

The scientists combined multiple databases of information concentrating on six biologically important attributes of the roles animals play (traits). The selected traits included factors such as diet, daily activity and body size for 15,485 bird and mammal species. They were able to build a global picture of traits for different animals — mapping which areas in the world had many overlapping roles and would therefore benefit from habitat conservation, as well as for those which had more unique, vulnerable ones and would benefit from species-focussed conservation.

In the tropics, for example, the environment is teeming with life and many species exist which are very similar to each other. There may be numerous types of rodent, which perform similar functions in the environment, such as eating insects or helping to disperse seeds. The loss of one or two of these rodent species may not have too much impact though, as other types will simply compensate.

However, taking Africa as an example, mammals which perform very specific functions may be more important, such as elephants — eating hundreds of kilograms of vegetation a day, as well as churning the earth with their feet and tusks. The loss of elephants would likely have a much bigger impact because other animals aren’t performing these kinds of specialist roles to the same degree.

Interestingly, the study — the first to examine both birds and mammals together in this way — found many overlaps between these two groups, even when taking into account flight and daytime and nocturnal behaviour.

Lead author Robert Cooke, from the University of Southampton, comments: “This is a new way of looking at how we can maximise effective conservation efforts and we hope that it will provide governments and relevant charities worldwide with the big picture on which areas are most at risk from losing the functionality of birds and mammals in the environment — thus helping them to concentrate their efforts in the most effective directions.”

Professor of Applied Spatial Ecology Felix Eigenbrod, also of the University of Southampton, says: “This is an important study as it shows us how crucial it is to look at the diversity of life in different ways to really understand where to best focus precious conservation funding.”

The researchers hope more detailed work can be carried out in the future to look more closely at how species interact and effect each other. Findings for this latest study are published in the journal Global Ecology and Biogeography.