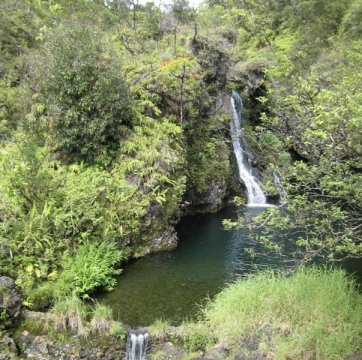 There are over 500,000 plant species in the world today. They all evolved from a common ancestor. How this leap in biodiversity happened is still unclear. In the upcoming issue of Nature, an international team of researchers, including scientists from Martin Luther University Halle-Wittenberg, presents the results of a unique project on the evolution of plants. Using genetic data from 1,147 species the team created the most comprehensive evolutionary tree for green plants to date.

The history and evolution of plants can be traced back by about one billion years. Algae were the first organisms to harness solar energy with the help of chloroplasts. In other words, they were the first plant organisms to perform photosynthesis. Today, there are over 500,000 plant species, including both aquatic and terrestrial plants. The aim of the new study in Nature was to unravel the genetic foundations for this development. “Some species began to emerge and evolve several hundreds of millions of years ago. However, today we have the tools to look back and see what happened at that time,” explains plant physiologist Professor Marcel Quint from the Institute of Agricultural and Nutritional Sciences at MLU.

Quint is leading a sub-project with bioinformatician Professor Ivo Grosse, also from MLU, as part of the “One Thousand Plant Transcriptomes Initiative,” a global network of about 200 researchers. The team collected samples of 1,147 land plant and algae species to analyse each organism’s genome-wide gene expression patterns (transcriptome). Using these data, the researchers reconstructed the evolutionary development of plants and the emergence of individual species. Their focus was on plant species that, as of yet, have not been studied on this level, including numerous algae, moss and also flowering plants.

“This was a very special project because we did not just analyse individual components, but complete transcriptomes, of over one thousand plants, providing a much broader foundation for our findings,” explains Ivo Grosse. The sub-project led by MLU scientists looked at the development and expansion of large gene families in plants. “Some of these gene families have duplicated over the course of millions of years. This process might have been a catalyst for the evolution of plants: Having significantly more genetic material might unleash new capacities and completely new characteristics,” says Marcel Quint. One of the main objectives of the project was to identify a potential connection between genetic duplications and key innovations in the plant kingdom, such as the development of flowers and seeds. Quint and Grosse carried out their research in collaboration with scientists from the universities in Marburg, Jena, and Cologne, and the Max Planck Institute for Evolutionary Biology in Plön. The majority of the analyses was conducted by Martin Porsch, a PhD student in the lab of Ivo Grosse.

The researchers used the comprehensive dataset to create a new evolutionary tree for plants. It shows that one of our previous assumptions on the evolution of plants was inaccurate: “We used to think that the greatest genetic expansion had occurred during the transition to flowering plants. After all, this group contains the majority of existing plant species today,” says Martin Porsch. However, the new data reveal that the genetic foundations for this expansion in biodiversity had been laid much earlier. “The transition from aquatic to terrestrial plants was the starting point for all further genetic developments. This development was the greatest challenge for plants, and so they needed more genetic innovations than ever before,” continues Porsch. “We found an enormous increase in genetic diversity at the time of this transition, after that it reached a plateau. From this time on, almost all of the genetic material was available to drive evolutionary progress and generate the biodiversity we see today,” concludes Ivo Grosse. According to the researchers, the major expansion of flowering plants only started many millions of years later because, among other things, there was a lack of suitable environmental conditions for a long time. Furthermore, as evolution is not a planned process, certain genetic potentials only manifested themselves much later — or not at all.

Materials provided by Martin-Luther-Universität Halle-Wittenberg. Note: Content may be edited for style and length.