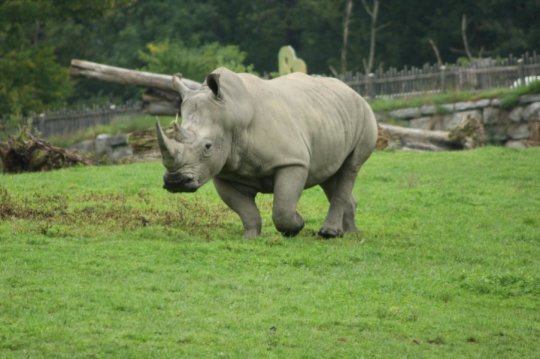 A new mixture of cryoprotectives allows for an unprecedented high motility of frozen rhinoceros sperm after thawing, report scientists from the Leibniz Institute for Zoo and Wildlife Research (Leibniz-IZW) in Berlin, Germany. These new cryoprotectives can increase the prospects of utilising assisted reproduction techniques for many endangered wildlife species. The study, based on three rhinoceros species, has now been published in the journal PLOS ONE.

Endangered rhino species numbers are maintained — worldwide — by conservation breeding programs, which utilise frozen sperm for artificial insemination to increase both the number and genetic diversity of their offspring. The success rate of artificial insemination has been low so far, not least because of the moderate quality of the gametes after thawing. “A number of studies have reported sperm motility at a maximum of 50 percent after freezing and thawing. Sperm with a motility that low is of marginal quality for insemination,” says Robert Hermes, IZW scientist and lead author of the article. Prior to freezing sperm samples are diluted with a buffer solution. A good “antifreeze” is, however, the essential component for the preservation of fragile cells.

“The cryoprotective embeds itself in the cell membranes and improves the osmotic exchange from the cell interior to the exterior of the cell during freezing,” explains Hermes. Usually, depending on the species, 5-7% glycerol is added to the sperm sample. Hermes’ team employed a second cryprotective — methylformamide — and varied the respective proportions. When using a mixture of 1% glycerol and 4% methylformamide sperm motility increased from an average of 50% to 75% after thawing. This mixture has been successfully tested with sperm samples of three rhino-species — the black rhino, white rhino and the Indian rhinoceros.

Cryopreservation kicked off in the 1950s after it was discovered that the sugar alcohol glycerol could be used as antifreeze for cells in mammal sperm. In cattle breeding today the use of frozen sperm, stored in liquid nitrogen (at -196°C), is even preferred to using fresh sperm: Over 95 percent of all bull semen used in artificial reproduction worldwide is frozen before use.

The cryopreservation of the sperm of endangered wild animals still presents a number of challenges — including the handling of the animal and cell conservation — despite the extensive experience available. Rhino sperm have been successfully frozen for the first time in 1979. Presently there are less than ten scientific publications on the process, however, and fewer than 70 semen samples from only 50 animals available. In comparison just in 2016 alone 17 comparable publications on bulls appeared which examined the samples of 279 animals.

“Just how urgent the optimisation of artificial reproduction is, is illustrated by the northern white rhino,” says Hermes. After the death of the last male of this species only two, now infertile, females are still alive. Cryopreserved sperm and egg cells of high quality are essential to save this species over the long term by — as recently published by the IZW — utilising hybrid-embryos carried to term by surrogate southern white rhino mothers. “The remaining germ cell reserves of this rhino subspecies endangered by immediate extinction are from just four northern white bulls. Two of these reserves are of low quality and are essentially useless.” The scientists have already confirmed the effectiveness of the new combination of cryoprotectives on sperms of giraffes, wolves and the kulan, a wild ass species. “We expect that the proportional reduction of cytotoxic glycerol in the freezing of wild animal sperm will also be successful with many other wild animal species.”