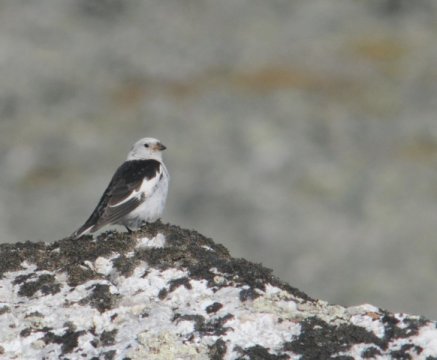 Population data for European mountain birds have been for the first time combined in a recent study, with worrying results: the abundances of mountain-specialist birds has declined by as much as 10% in the 2000s.

Ecological communities in mountain areas include species not found in any other habitats. These species are also very susceptible to climate change, as global warming is reducing their liveable habitats. In principle, species may relocate further up the mountains, but closer to the top their habitat inevitably shrinks.

According to the new article, the abundance of European mountain birds has in fact declined in line with climate change projections.

The recently released study examined the population trends of 44 bird species in the 2000s in the mountain and fell regions of Fennoscandia, Great Britain, the Alps and the Iberian Peninsula. A decline was seen in 14 of the observed species, while eight of them saw significant increase.

“On average, population decline among the species studied was 7% over the 13-year research period, making the situation of mountain birds distinctly worse compared to, for example, European forest birds, whose numbers did not change during the same period,” explains Aleksi Lehikoinen, an Academy of Finland research fellow at the Finnish Museum of Natural History Luomus (part of the University of Helsinki), who headed the study.

The situation is the direst for species that only inhabit mountain regions and are unable to live in other European environments. For these species, known as mountain specialists, the numbers dwindled by as much as 10% during the monitoring period.

Regional differences were noted in the population trends of mountain birds, their numbers significantly dropping in Finland, Sweden and Norway, as well as on the Iberian Peninsula. In Great Britain and the Alps, the numbers remained more stable.

“In addition to climate change, an abundance of mountain birds are affected by human land use. For example, on the Iberian Peninsula the reduction of grazing on mountain fields may result in afforestation, which in turn will lead to a decline among mountain species inhabiting open terrain,” notes Päivi Sirkiä, a research coordinator at Luomus.

Indeed, the researchers emphasise the importance of carrying on the monitoring and research to determine regional causes of the trend. Monitoring mountain birds is more challenging than that of birds living in low-lying areas.

“The bird count target species often live far from human settlements, which is why we are particularly appreciative of the contribution made by volunteer bird-watchers,” Sirkiä notes.