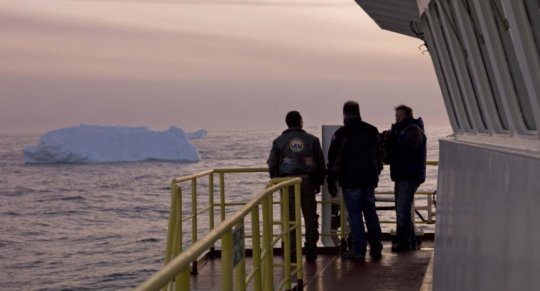 Parts of the world’s largest ice sheet would melt if Antarctic warming of just 2°C is sustained for millennia, according to international research.

University of Queensland scientist Dr Kevin Welsh was part of a team that used evidence from warm periods in Earth’s history to see how the East Antarctic Ice Sheet might react to a warming climate.

Dr Welsh said marine sediment layers indicated the ice sheet had retreated during warming in the late Pleistocene period, when temperatures were like those predicted for this century.

“Antarctica is around twice the size of Australia, with ice sheets several kilometres thick and containing around half of the world’s fresh water,” he said.

“However, some areas — like the Wilkes Land Subglacial Basin, directly south of Australia — are below sea level and contain enough ice to raise global sea levels by several metres.

“The evidence we have suggests that with the predicted 2°C warming in Antarctica — if sustained over a couple of millennia — the sheet would start melting in these locations.”

Dr Welsh, from UQ’s School of Earth and Environmental Sciences, said the team chemically analysed layers of sediment deposited on the Southern Ocean floor by glaciers.

“We found that the most extreme changes in the ice sheet occurred during two interglacial periods 125,000 and 400,000 years ago, when global sea levels were several metres higher than they are today,” he said.

“These periods could be analogues for future climates and it seems likely that ice loss from the East Antarctic Ice Sheet contributed to those higher sea levels.

“Ice loss contributes to rising global sea levels which are a threat to many coastal communities, and making projections requires a solid understanding of how sensitive these ice sheets are.”