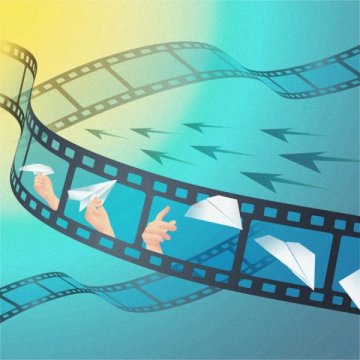 Watch a movie backwards and you’ll likely get confused — but a quantum computer wouldn’t. That’s the conclusion of researcher Mile Gu at the Centre for Quantum Technologies (CQT) at the National University of Singapore and Nanyang Technological University and collaborators.

In research published 18 July in Physical Review X, the international team show that a quantum computer is less in thrall to the arrow of time than a classical computer. In some cases, it’s as if the quantum computer doesn’t need to distinguish between cause and effect at all.

The new work is inspired by an influential discovery made almost ten years ago by complexity scientists James Crutchfield and John Mahoney at the University of California, Davis. They showed that many statistical data sequences will have a built-in arrow of time. An observer who sees the data played from beginning to end, like the frames of a movie, can model what comes next using only a modest amount of memory about what occurred before. An observer who tries to model the system in reverse has a much harder task — potentially needing to track orders of magnitude more information.

This discovery came to be known as ‘causal asymmetry’. It seems intuitive. After all, modelling a system when time is running backwards is like trying to infer a cause from an effect. We are used to finding that more difficult than predicting an effect from a cause. In everyday life, understanding what will happen next is easier if you know what just happened, and what happened before that.

However, researchers are always intrigued to discover asymmetries that are linked to time-ordering. This is because the fundamental laws of physics are ambivalent about whether time moves forwards or in reverse.

“When the physics does not impose any direction on time, where does causal asymmetry — the memory overhead needed to reverse cause and effect — come from?” asks Gu.

The first studies of causal asymmetry used models with classical physics to generate predictions. Crutchfield and Mahoney teamed up with Gu and collaborators Jayne Thompson, Andrew Garner and Vlatko Vedral at CQT to find out whether quantum mechanics changes the situation.

They found that it did. Models that use quantum physics, the team prove, can entirely mitigate the memory overhead. A quantum model forced to emulate the process in reverse-time will always outperform a classical model modelling the process in forward-time.

The work has some profound implications. “The most exciting thing for us is the possible connection with the arrow of time,” says Thompson, first author on the work. “If causal asymmetry is only found in classical models, it suggests our perception of cause and effect, and thus time, can emerge from enforcing a classical explanation on events in a fundamentally quantum world,” she says.

Next the team wants to understand how this connects to other ideas of time. “Every community has their own arrow of time, and everybody wants to explain where they come from,” says Vedral. Crutchfield and Mahoney called causal asymmetry an example of time’s ‘barbed arrow’.

Most iconic is the ‘thermodynamic arrow’. It comes from the idea that disorder, or entropy, will always increase — a little here and there, in everything that happens, until the Universe ends as one big, hot mess. While causal asymmetry is not the same as the thermodynamic arrow, they could be interrelated. Classical models that track more information also generate more disorder. “This hints that causal asymmetry can have entropic consequence,” says Thompson.

The results may also have practical value. Doing away with the classical overhead for reversing cause and effect could help quantum simulation. “Like being played a movie in reverse time, sometimes we may be required to make sense of things that are presented in an order that is intrinsically difficult to model. In such cases, quantum methods could prove vastly more efficient than their classical counterparts,” says Gu.