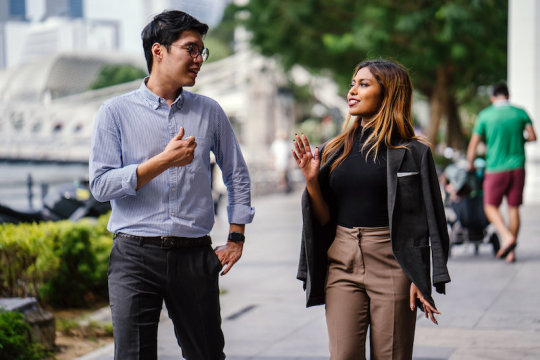 Scientists have come a step closer to understanding how we’re able to understand spoken language so rapidly, and it involves a huge and complex set of computations in the brain.

In a study published today in the Proceedings of the National Academy of Sciences, researchers at the University of Cambridge developed novel computational models of the meanings of words, and tested these directly against real-time brain activity in volunteers.

“Our ability to put words into context, depending on the other words around them, is an immediate process and it’s thanks to the best computer we’ve ever known: the brain in our head. It’s something we haven’t yet managed to fully replicate in computers because it is still so poorly understood,” said Lorraine Tyler, Director of the Centre for Speech, Language and the Brain at the University of Cambridge, which ran the study.

Central to understanding speech are the processes involved in what is known as ‘semantic composition’ — in which the brain combines the meaning of words in a sentence as they are heard, so that they make sense in the context of what has already been said. This new study has revealed the detailed real-time processes going on inside the brain that make this possible.

By saying the phrase: “the elderly man ate the apple” and watching how the volunteers’ brains responded, the researchers could track the dynamic patterns of information flow between critical language regions in the brain.

As the word ‘eat’ is heard, it primes the brain to put constraints on how it interprets the next word in the sentence: ‘eat’ is likely to be something to do with food. The study shows how these constraints directly affect how the meaning of the next word in the sentence is understood, revealing the neural mechanisms underpinning this essential property of spoken language — our ability to combine sequences of words into meaningful expressions, millisecond by millisecond as the speech is heard.

READ  Research: Witnessing violence in high school as bad as being bullied --

“The way our brain enables us to understand what someone is saying, as they’re saying it, is remarkable,” said Professor Tyler. “By looking at the real-time flow of information in the brain we’ve shown how word meanings are being rapidly interpreted and put into context.”

University of Cambridge. The original story is licensed under a Creative Commons License. .