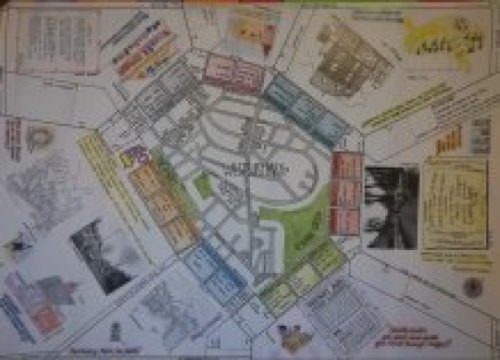 People’s love for their local areas could be harnessed to tackle global environmental problems, researchers say.

Parochialism (a focus on a local area) is often viewed negatively, and is sometimes seen as being akin to “nimbyism” — characterised by insularity and selfishness. But researchers from the University of Exeter argue that “positive parochialism” could be a foundation for environmental concern and action.

Their study revisits the Parish Maps project instigated in 1987 by UK arts and environment charity Common Ground, and finds the project offers a “foundation for ecological concern that remains relevant today.”

“The Parish Maps project was hugely popular at the time, but has been somewhat overlooked since it ended,” said Professor Patrick Devine-Wright, of the University of Exeter.

“It led to a huge upswell in local environmentalism and the creation of thousands of maps across the UK and beyond. We argue that it represents parochialism without the negative connotations many people associate with that word.

“For a long time, the consensus has been that if we want people to think about global issues they need a cosmopolitan world view — but this may not be the case. “Given where we are now in terms of trying to encourage people to make changes to help the environment, ‘positive parochialism’ offers something that has been overlooked.”

The study examined Parish Maps archive materials held at the University of Exeter, and researchers also carried out in-depth interviews with those were involved in the project and who made local maps to examine the legacy of the project.

They argue that Common Ground’s vision for Parish Maps represents a “positive parochialism” that “confidently asserts the validity of the parish without retreating towards insularity.”

They identify an “unresolved challenge”: to harness creative engagement like that used by people who created the Parish Maps to promote interest and engagement with environmental policy and planning.

Professor Devine-Wright added: “Policy making puts a primacy on the rational. Unlike the Parish Maps, it overlooks emotional and creative ways of engaging with the environment.”