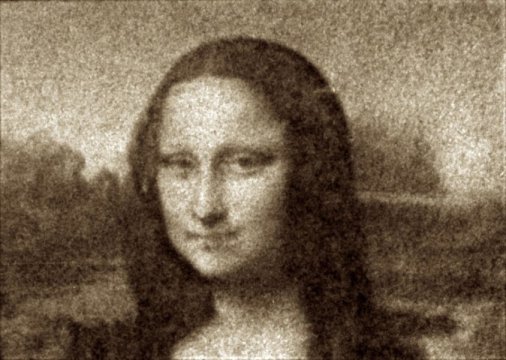 Scientists have used light patterns to control the swimming speed of bacteria and direct them to form different shapes, according to a new study in the journal eLife.

Controlling bacteria in this way means it could be possible to use them as microbricks for building the next generation of microscopic devices. For example, they could be made to surround a larger object such as a machine part or a drug carrier, and then used as living propellers to transport it where it is needed.

Escherichia coli (E. coli) bacteria are known to be fantastic swimmers. They can move a distance of ten times their length in a second. They have propellers that are powered by a motor, and they usually recharge this motor by a process that needs oxygen. Recently, scientists found a protein (proteorhodopsin) in ocean-dwelling bacteria that allows them to power their propellers using light. By engineering other types of bacteria to have this protein, it is possible to place a ‘solar panel’ on every bacterial cell and control its swimming speed remotely with light.

“Much like pedestrians who slow down their walking speed when they encounter a crowd, or cars that are stuck in traffic, swimming bacteria will spend more time in slower regions than in faster ones,” explains lead author Giacomo Frangipane, Postdoctoral Scientist at Rome University, Italy. “We wanted to exploit this phenomenon to see if we could shape the concentration of bacteria using light.”

To do this, Frangipane and his team sent light from a projector through a microscope lens, shaping the light with high resolution, and explored how E. coli bacteria alter their speed while swimming through regions with varying degrees of illumination.

They projected the light uniformly onto a layer of bacterial cells for five minutes, before exposing them to a more complex light pattern — a negative image of the Mona Lisa. They found that bacteria started to concentrate in the dark regions of the image while moving out from the more illuminated areas. After four minutes, a recognisable bacterial replica of Leonardo da Vinci’s painting could be seen, with brighter areas corresponding to regions of accumulated bacterial cells.

Although the shape formed by the bacteria was recognisable, the team found that the engineered E. coli were slow to respond to variations in light, which led to a blurred formation of the target shape. To remedy this, they used a feedback control loop where the bacterial shape is compared to the target image every 20 seconds, and the light pattern is updated accordingly. This generated an optimal light pattern that shaped cell concentration with much higher accuracy. The result is a ‘photokinetic’ bacterial cell layer that can be turned into an almost perfect replica of a complex black-and-white target image.

“We have shown how the suspension of swimming bacteria could lead to a new class of light-controllable active materials whose density can be shaped accurately, reversibly and quickly using a low-power light projector,” says Roberto Di Leonardo, Associate Professor in the Department of Physics at Rome University. “With further engineering, the bacteria could be used to create solid biomechanical structures or novel microdevices for the transport of small biological cargoes inside miniaturised laboratories.”