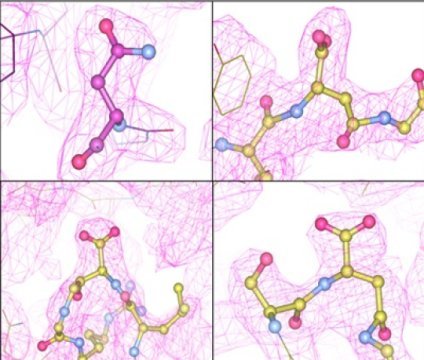 Viral vectors used to deliver gene therapies undergo spontaneous changes during manufacturing which affects their structure and function, found researchers from the Perelman School of Medicine at the University of Pennsylvania in a study published in Molecular Therapy. As gene therapy approaches become more common for treating disease, managing consistency of the molecular makeup of the virus particles that deliver genes is a key concern in manufacturing on a larger scale. The team also describes ways to make viral vectors more efficient and safer for patients.

“This study determined how a viral vector can lose activity during harvest and purification in the manufacturing process,” said senior author James Wilson, MD, PhD, a professor of Medicine. “That discovery led us to uncover new ways to prevent this from happening in order to deliver gene therapy treatments in a safer and more efficient way.”

An adeno-associated virus (AAV), a common gene therapy delivery vector, is made up of 60 interlocking proteins that form a shell, called a capsid, around the gene that is being delivered. The capsid proteins work together to attach to and enter the cell, before moving their cargo into place within the cell’s nucleus. Any change to these proteins could affect the ability of the vector to makes its delivery to the correct cell and express a corrective protein in this complex process.

Before this study, purified AAV outer proteins in samples prepared for preclinical research were thought to be identical. However, the Penn team discovered that the AAVs are actually different.

“There is a lack of historical precedent regarding physical characteristics of the AAV capsid itself during the drug approval process,” said first author April R. Giles, PhD, who recently completed her doctoral dissertation in the Wilson lab. “We therefore sought to define the biochemical properties of this large, macromolecular complex using techniques traditionally used for characterizing other biological products in order to better understand these gene delivery tools.”

The team is now designing capsid proteins that do not spontaneously mutate. In fact, they found that the new process which stabilizes sensitive capsid sites also improves their functionality. “This was exciting since we knew that if we could somehow preserve the early state, we could eventually produce AAVs that require half the dose to achieve the same gene expression,” said co-first author Josh Sims, PhD, a senior research investigator in the Penn Gene Therapy Program. “This could not only cut the cost of the therapy in half, but could potentially reduce side effects.”

Future studies in animal models are being planned to confirm how well AAV particles that are made to resist spontaneous mutations deliver normal genes to target cells and how well they express that gene.

Wilson stresses that unexpected AAV mutations in general are a potential quality control issue for scaling up gene therapy vector production. “Our discovery of these functionally important modifications reinforces the significance of improved analytical assays to characterize AAV products,” he said.