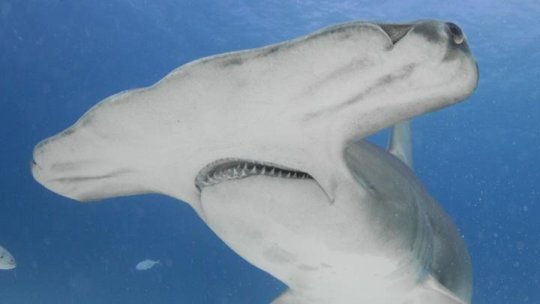 A new analysis shows that the habitats of three shark species (great hammerhead, tiger, and bull sharks) are relatively well protected from longline fishing in federal waters off the southeastern United States, but that that some prime locations are still vulnerable to fishing.

The new study led by scientists at the University of Miami (UM) Rosenstiel School of Marine and Atmospheric Science has important implications to further protect these at-risk species from unintentional fishing, known as bycatch, in U.S. federal waters.

Great hammerhead sharks are considered overfished and are experiencing population declines in the subtropical Atlantic Ocean and Gulf of Mexico. Tiger and bull shark populations have experienced declines to a lesser extent in the region over the past several decades and their populations appear to be stabilizing at present.

The research team analyzed data from 96 tagged great hammerheads, tiger, and bull sharks to create habitat suitability models that reveal specific areas where these sharks are most likely to occur due to favorable environmental conditions. These ‘highly suitable habitats’ were then compared to areas where longline fishing gear is currently prohibited to determine what proportion of their habitats are protected from, and vulnerable to, longline fishing activity.

The analysis showed that highly suitable habitats overlapping with the longline fishing restricted areas varied by species and season. Highly suitable habitats of great hammerheads and tiger sharks were relatively well protected from pelagic longlines yet vulnerable to bottom longline fishing. In addition, both species were vulnerable to pelagic and bottom longline fishing off southwestern Florida. Accordingly, the researchers suggested that extending longline gear restrictions to this area may benefit both great hammerhead and tiger sharks species.

“This study highlights the importance of considering seasonal trends in habitat use and movement patterns as these can vary greatly throughout the year and may impact the effectiveness of management plans for these species,” said the study’s lead author Hannah Calich, a UM Rosenstiel School alumna and current Ph.D. student at the University of Western Australia.

“Given the wide ranging movements of many migratory marine animals, the extent to which management areas protect their key habitats is often unknown and certainly very challenging to determine,” said Neil Hammerschlag, a Research Associate Professor at UM’s Rosenstiel School and study co-author. “We hope our approach will be helpful to researchers working with other migratory species, such as billfish, turtles, whales, seals, and tunas, to better help address these conservation issues.”

The study’s authors include: Hannah Calich, Maria Estevanez and Neil Hammerschlag from the UM Rosenstiel School of Marine and Atmospheric Science.

Materials provided by University of Miami Rosenstiel School of Marine & Atmospheric Science. Original written by Diana Udel. Note: Content may be edited for style and length.