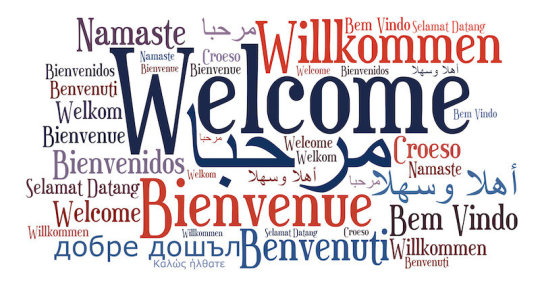 How did the almost 6000 languages of the world come into being? Researchers from the Leipzig Research Centre for Early Childhood Development at Leipzig University and the Max Planck Institute for Evolutionary Anthropology have tried to simulate the process of developing a new communication system in an experiment — with surprising results: even preschool children can spontaneously develop communication systems that exhibit core properties of natural language.

How the languages of the world emerged is largely a mystery. Considering that it might have taken millennia, it is intriguing to see how deaf people can create novel sign languages spontaneously. Observations have shown that when deaf strangers are brought together in a community, they come up with their own sign language in a considerably short amount of time. The most famous example of this is Nicaraguan Sign Language, which emerged in the 1980s. Interestingly, children played an important role in the development of these novel languages. However, how exactly this happened has not been documented, as Manuel Bohn describes: “We know relatively little about how social interaction becomes language. This is where our new study comes in.”

In a series of studies, researchers at the Leipzig Research Centre for Early Childhood Development and the Max Planck Institute for Evolutionary Anthropology attempted to recreate exactly this process. The idea had been around for quite some time, says Gregor Kachel. But there was a problem: how to make children communicate with each other without them reverting to talking to each other? The solution came up in Skype conversations between the two researchers from Germany and their colleague Michael Tomasello in the US. In the study, children were invited to stay in two different rooms and a Skype connection was established between them. After a brief familiarization with the set-up, the researchers sneakily turned off the sound and watched as the children found new ways of communicating that go beyond spoken language.

READ  Research: Getting to the root of lavender's secrets --

The children’s task was to describe an image with different motifs in a coordination game. With concrete things — like a hammer or a fork — children quickly found a solution by imitating the corresponding action (e.g. eating) in a gesture. But the researchers repeatedly challenged the children with new, more abstract pictures. For example, they introduced a white sheet of paper as a picture. The depicted “nothing” is difficult to imitate. Kachel describes how two children nevertheless mastered this task: “The sender first tried all sorts of different gestures, but her partner let her know that she did not know what was meant. Suddenly our sender pulled her T-shirt to the side and pointed to a white dot on her coloured T-shirt. The two had a real breakthrough: of course! White! Like the white paper! Later, when the roles were switched, the recipient didn’t have a white spot on her T-shirt, but she nevertheless took the same approach: she pulled her T-shirt to the side and pointed to it. Immediately her partner knew what to do.” Within a very short time, the two had established a sign for an abstract concept. In the course of the study, the images to be depicted became more and more complex, which was also reflected in the gestures that the children produced. In order to communicate, for example, an interaction between two animals, children invented separate gestures for actors and actions and began to combine them — thus creating a kind of small local grammar.

How does a language emerge? Based on the present study, the following steps appear plausible: first, people create reference to actions and objects via signs that resemble things. The prerequisite for this is a common ground of experience between interaction partners. Partners also coordinate by imitating each other such that they use the same signs for the same things. The signs thus gain interpersonal and eventually conventional meaning. Over time, the relationships between the signs and things become more abstract and the meaning of the individual signs more specific. Grammatical structures are gradually introduced when there is a need to communicate more complex facts. However, the most remarkable aspect of the current studies is that these processes can be observed under controlled circumstances and within 30 minutes.

The studies demonstrate that communication cannot be reduced to words alone. When there is no way to use conventional spoken language, people find other ways to get their message across. This phenomenon forms the basis for the development of new languages. The study by Manuel Bohn, Gregor Kachel and Michael Tomasello shows what the first steps in the development of a new language could look like. According to Bohn, however, numerous new questions arise at this point: “It would be very interesting to see how the newly invented communication systems change over time, for example when they are passed on to new ‘generations’ of users. There is evidence that language becomes more systematic when passed on.”