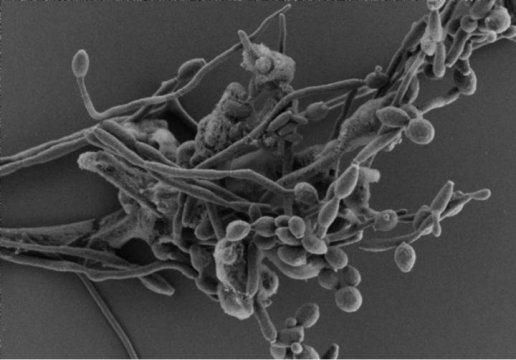 Scientists from Umeå university have shown how the yeast Candida albicans can modulate and adapt to low oxygen levels in different body niches to cause infection and to harm the host. Studying adaption to hypoxic or anoxic niches is particularly fruitful, since it helps us to understand the pathogenicity of C. albicans and promotes the development of better therapy approaches. Details about the study can be found in a report recently published in the journal MBio, a publication of the American Society of Microbiology.

“It was very surprising to see that the fungus does not require oxygen to cause disease. Unexpectedly, the microbial pathogen could even use low oxygen environments to evade immune attack and to become more virulent.“ — says Constantin Urban, Associated Professor at the Department of Clinical Microbiology. The recent work of his group aims to elucidate how adaption of microbial fungi to low oxygen environments influences their recognition by immune cells and their ability to thrive and cause harmful infection within the host. Interestingly, C. albicans is a commensal microbe of our gastrointestinal system and when natural barriers fail, due to immunosuppressive disease or treatment, C. albicans can spread from its natural reservoir and invade the body to cause life-threatening, systemic disease. “We now understand how C. albicans under these circumstances exploits the training from anoxic commensal niches to thrive in deep-seeded body sites which quickly induce inflammation and immune cell recruitment. Both processes rapidly exhaust oxygen and in turn create low oxygen milieus.” — continues Dr. Urban.

Systemic infection, which often results in sepsis takes the lives of the vast majority of critically-ill patients in a rapid manner and is a global threat. According to the World Health Organization, sepsis is estimated to affect more than 30 million people worldwide every year, potentially leading to 6 million deaths. From those 3 million are newborns and 1.2 million are children. Candida albicans is the most common fungal pathogen and a common cause of sepsis. While most individuals are infected with Candida albicans since birth, the infection causes serious illness or even death, particularly among those with a weakened immune system. Their new study is a step towards the characterization of immune responses under low oxygen levels, a frequent stress condition during inflammation and infection. Particularly neutrophils, the most abundant white blood cell and essential defence line against fungal microbes, where hampered in their ability to attack and eradicate C. albicans under low oxygen conditions, whereas the neutrophils’ metabolism and viability seemed unaffected.

“Our work is clinically relevant, since current fungal therapy is hampered by toxic side effects and ineffectiveness. We gained insight into mechanisms which fungal pathogens use to circumvent immune surveillance in environments lacking oxygen. Hence, our study aims for identification of future therapy strategies to reduce premature deaths and to improve patients’ life quality. But I always liked to think outside the box.,” explains Pedro Lopes, recently graduated PhD student in the group and first author of the study.

“Fungi are very versatile organisms which can grow at almost any place. Interestingly, growing fungi were spotted at the international space station (ISS). Ongoing research attempts to elucidate how fungal microbes thrive under these conditions. Our investigations open up new avenues to study fungal adaptation to hypoxic environments, such as within our bodies or at space stations.” — concludes Dr. Lopes.

The report describing the work was published this month by the journal MBio back to back to a complementary but independent study by researchers from Aberdeen University elegantly delineating the cellular processes of C. albicans that regulate fungal adaption to hypoxia. Both articles demonstrate the timeliness and importance of understanding adaption to hypoxia during infection.