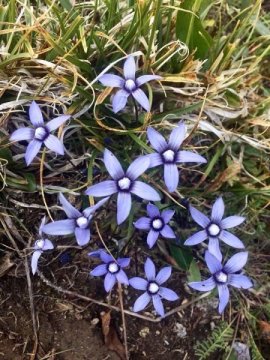 A new paper reviews current knowledge on climate change and biodiversity. In the past, plants and animals reacted to environmental changes by adapting, migrating or going extinct. These findings point to radical changes in biodiversity due to climate change in the future. The paper is published in the scientific journal Trends in Ecology and Evolution by an international group of scientists led by the Center for Macroecology, Evolution and Climate, University of Copenhagen.

Nature is reacting to climate change. We see altered behaviour and movement among plants and animals; flowers change flowering period and owls get darker body colour, due to warmer winters. So, how does the future for biodiversity look like? Will plants and animals be able to adjust quickly enough to survive the changing temperatures, precipitation and seasons? Lead-author of a new study Professor David Bravo-Nogues from Center for Macroecology, Evolution and Climate, University of Copenhagen, explains,

“We compiled an enormous amount of studies of events, which we know influenced biodiversity during the past million years. It turns out species have been able to survive new conditions in their habitat by changing either their behaviour or body shape. However, the current magnitude and unseen speed of change in nature may push species beyond their ability to adapt.”

Until now, scientists thought species’ main reaction to climatic changes was to move. However, the new study shows that local adaptation to new conditions seems to have played a key role in the way species survived. Species adapt when the whole population change, e.g. when all owls get darker body colour. This happens slowly over a long period of time. Coauthor Stephen Jackson, director of the US Geological Survey’s Southwest Climate Adaptation Science Center, elaborates,

“From fossils and other biological “archives” we have access to a nearly limitless number of case studies throughout Earth’s history. This provide us with valuable knowledge of how climate changes of various rates, magnitudes, and types can affect biodiversity.”

The new study might give us the answer to decode how biodiversity changes under climate change. This knowledge can inform policy-makers in order to implement effective conservation schemes in the future. Some species, when failed to adapt or move fast enough, like the orange-spotted filefish, have already gone extinct due to climate change. Co-author Francisco Rodriguez-Sanchez from the Spanish Research Council (CSIC), says,

“We know animals and plants have prevented extinction by adapt or migrate in the past. However, the models we use today to predict future climate change, foresee magnitudes and rates of change, which have been exceptionally rare in the last million years. Thus, we need to expand our knowledge and improve our prediction models. Also, we must recognise the limitations of the models, because they are used to inform politicians and decision-makers about effects of climate change on biodiversity.”

Materials provided by Faculty of Science – University of Copenhagen. Note: Content may be edited for style and length.