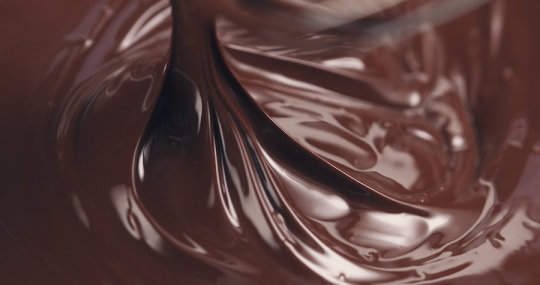 The science of what makes good chocolate has been revealed by researchers studying a 140-year-old mixing technique.

Scientists have uncovered the physics behind the process — known as conching — which is responsible for creating chocolate’s distinctive smooth texture.

The findings may hold the key to producing confectionary with lower fat content, and could help make chocolate manufacturing more energy efficient.

A team led by the University of Edinburgh studied mixtures resembling liquid chocolate created using the conching process, which was developed by Swiss confectioner Rodolphe Lindt in 1879.

Their analysis, which involved measuring the density of mixtures and how they flow at various stages of the process, suggests conching may alter the physical properties of the microscopic sugar crystals and other granular ingredients of chocolate. Until now, the science behind the process was poorly understood.

The new research reveals that conching — which involves mixing ingredients for several hours — produces smooth molten chocolate by breaking down lumps of ingredients into finer grains and reducing friction between particles.

Before the invention of conching, chocolate had a gritty texture. This is because the ingredients form rough, irregular clumps that do not flow smoothly when mixed with cocoa butter using other methods, the team says.

Their insights could also help improve processes used in other sectors — such as ceramics manufacturing and cement production — that rely on the mixing of powders and liquids.

The study, published in Proceedings of the National Academy of Sciences, involved a collaboration with researchers from New York University. The work in Edinburgh was funded by Mars Chocolate UK and the Engineering and Physical Sciences Research Council.

Professor Wilson Poon, of the University of Edinburgh’s School of Physics and Astronomy, who led the study, said: “We hope our work can help reduce the amount of energy used in the conching process and lead to greener manufacturing of the world’s most popular confectionary product. By studying chocolate making, we have been able to gain new insights into the fundamental physics of how complex mixtures flow. This is a great example of how physics can build bridges between disciplines and sectors.”