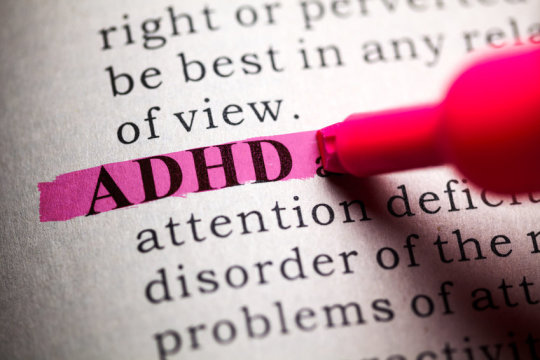 A major international collaboration headed by researchers from the Danish iPSYCH project, the Broad Institute of Harvard and MIT, Massachusetts General Hospital, SUNY Upstate Medical University, and the Psychiatric Genomics Consortium has for the first time identified genetic variants which increase the risk of ADHD. The new findings provide a completely new insight into the biology behind ADHD.

Our genes are very important for the development of mental disorders — including ADHD, where genetic factors capture up to 75% of the risk. Until now, the search for these genes had yet to deliver clear results. Researchers from the Psychiatric Genomics Consortium have compared genetic variation across the entire genome for over 20,000 people with ADHD and 35,000 who do not suffer from it — finding twelve locations where people with a particular genetic variant have an increased risk of ADHD compared to those who do not have the variant.

The results of the study have just been published in the scientific journal Nature Genetics.

“The large amount of data enabled us to find, for the first time, locations in the genome where people with ADHD stand out from those who are healthy. The search for such genetic risk variants for ADHD has spanned decades but without obtaining robust results. This time we really expanded the number of study subjects substantially, increasing the power to obtain conclusive results significantly. In particular, we included a large number from the Danish iPSYCH cohort representing more than 2/3 of the total international study sample,” explains Associate Professor Ditte Demontis from Aarhus University.

She along with Raymond Walters of Massachusetts General Hospital are the lead authors of the study, working as part of the ADHD group of the Psychiatric Genomics Consortium, an international consortium of researchers dedicated to uncovering the genetics factors that give rise to ADHD.

These genetic discoveries provide new insights into the biology behind developing ADHD. For example, some of the genes have significance for how brain cells communicate with each other, while others are important for cognitive functions such as language and learning.

“Overall, the results show that the risk variants typically regulate how much a gene is expressed, and that the genes affected are primarily expressed in the brain,” explains Professor Demontis.

“The risk variants are thus widespread in the population. The more risk variants you have, the greater your tendency to have ADHD-like characteristics will be as well as your risk of developing ADHD,” says Professor Anders Børglum from Aarhus University. He is research head at iPSYCH and one of the leading researchers who directed the study along with Professors Stephen Faraone of SUNY Upstate Medical University and Benjamin Neale of Massachusetts General Hospital and the Broad Institute.

“We also studied the genetic overlap with other diseases and traits. Through this we found a strong negative genetic correlation between ADHD and education. This means that on average genetic variants which increase the risk of ADHD also influence performance in the education system negatively for people in the general population who carry these variants without having ADHD,” says Ditte Demontis.

“These findings and results also underscore the importance of collaboration to advance discovery efforts. It is only through data sharing and working together that we were able to find these regions of the genome,” explains Dr. Benjamin Neale.

“The new findings mean that we now — after many years of research — finally have robust genetic findings that can inform about the underlying biology and what role genetics plays in the diseases and traits that are often cooccurring with ADHD. In addition, the study is an important foundation for further research into ADHD. We can now target our studies, so we can achieve a deeper understanding of how the risk genes affect the development of ADHD with the aim of ultimately providing better help for people with ADHD,” says Anders Børglum.

“We have laid the foundation for future work that will clarify how genetic risks combine with environmental risks to cause ADHD. When the pieces of that puzzle come together, researchers will be able to improve the diagnosis and treatment of ADHD” says Professor Stephen Faraone.

Materials provided by Aarhus University. Original written by Annette Bang Rasmussen. Note: Content may be edited for style and length.